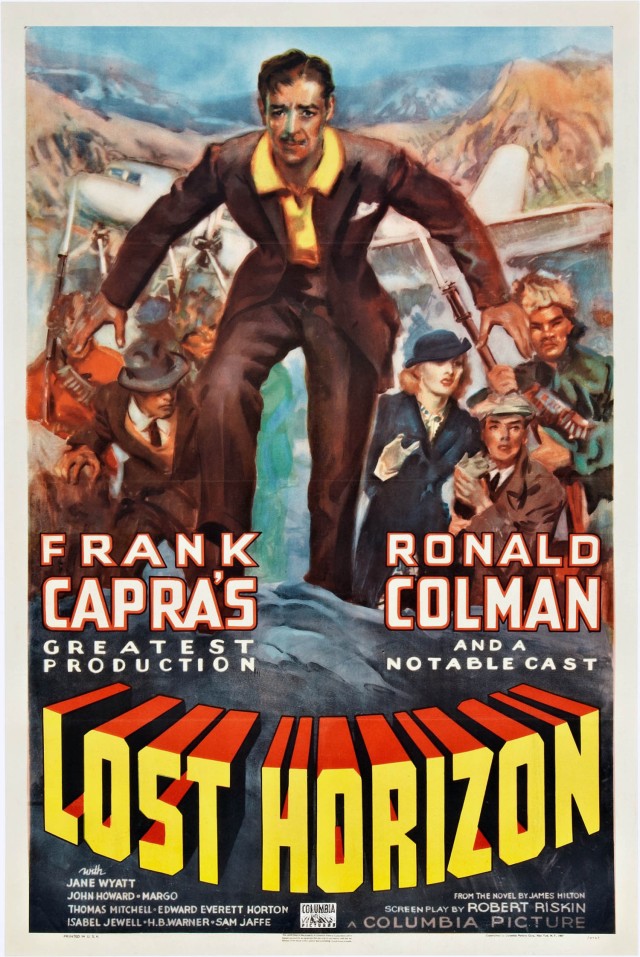 What It’s About: Diplomat Robert Conway (Ronald Colman) is sent to get British nationals out of a tumultuous region of China.  Conway and his brother George (John Howard) are on the last plane out, but it is hijacked and eventually crashes in the Himalayas.  The passengers awake safe in the land of Shangri-La, a land of plenty and peace, free from the outside’s world conflict and greed.  There is only one catch:  no one can leave Shangri-La.

Why Watch It Today?:  Frank Capra was born today in 1897.  Capra’s best known for his comedies and idealistic dramas.  Lost Horizon is Capra’s foray into idealistic fantasy, where a group of go-getters get a chance to escape from the outside world and see what’s really important.  At points the story is typically Capra corny, but the film is an interesting piece of Depression-era fantasy with an enormous budget and a great lead, and the film’s influence on later films include Indiana Jones and the Temple of Doom, which more or less lifts the entire hijacking sequence. Avoid the terrible 1970s musical remake, unless you really want to see George Kennedy romance Sally Kellerman via song.

Where to Get It:  iTunes, Netflix(rental), libraries, or Amazon