I’ve a long-held policy: “you don’t review it in a week, forget about doing a long review”, because after a week I tend to forget whatever it was I wanted to say about the movie.  That being said, I still have some thoughts bouncing around my concrete lined skull about  Captain America:  The First Avenger.  So here’s a short review that verges on a rant.

Joe Johnston of Rocketeer fame (does that count as fame?) directed this, and its exactly what you’d think you’d get if you took a guy who made a fun but underwhelming pulp hero flick and had him direct yet another Marvel “prequel for a film that wasn’t made yet” movie.  Which is to say, a fun, and entertaining film that doesn’t reach the full potential of its cast, main character, or the money .  It’s a shame because lead Chris Evans makes for a better Captain than I’d have expected, the supporting cast is great, and there’s enough that goes right to make things that go wrong very noticeable.  What are they? 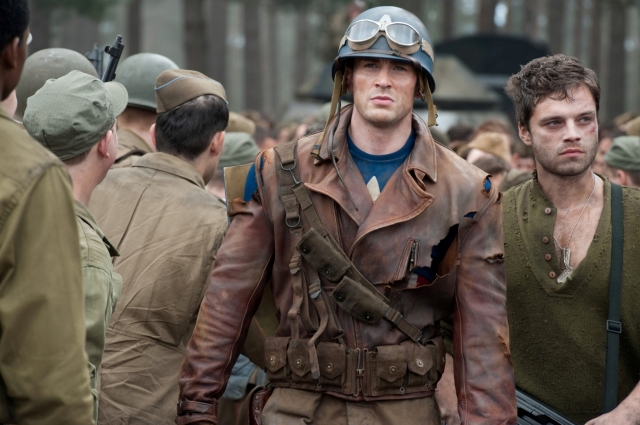 1)  Marvel is stuffing  200 lbs of comic history into a 10 lb bag.  You just can’t include this many characters, plus visual references to 70 years of comics into two hours.  These guys need to learn to pick a few salient points and characters make a good movie first, and leave the referencing of as much stuff as possible from the comics for longer form endeavors, like the fun cartoon they’re running now on some third stringer Disney channel.  I’ve seen not one but two animated introductions to Captain America that fulfill the “prequel” functions of this film in a much shorter time.  I kept thinking about Raiders of the Lost Ark (referencing it in dialogue didn’t help gentlemen), which has six, and if we’re being generous and include the head German officer and that eye patch guy, eight major characters.  Captain America, in contrast, includes as many as fifteen: Steve Rogers, Bucky, Peggy Carter, Colonel Phillips, The Red Skull, Arnim Zola, Howard Stark, Dr, Erskine, “Dum Dum” Dugan and Easy Company, Senator Brandt, and Steve’s nemesis in training. Indy’s most important interactions are with Belloq and Marian alone, but Steve Rogers should have strong relationships with Bucky, Carter, The Red Skull, and Dr. Erskine.  There’s just too much going on there to include unnecessary characters like Howard Stark, who seems to be there just for “continuity” purposes and adds little to the proceedings.  I also question why we needed the bookends covering Captain America’s demise, since they could easily be a great intro to Avengers.  Hell, end on a cliff hanger, it’d be in keeping with the episodic nature of comics! 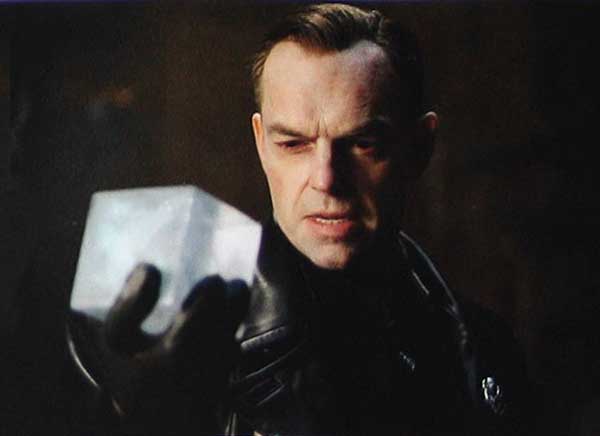 “Did you say step three was that I open the box?”

2)  The Red Skull is not just a madman with science skills and a fighting abilities to rival Cap’s.  He’s not the leader of a splinter organization that answers only to him; he’s a true Nazi and a loyal follower of Der Fuhrer, even if he makes Hitler nervous.  If we’re at the point where we can’t have Nazis as villains in a comic book/pulp adventure story because the kids don’t know who Nazis are, we’re fucked.  Why exactly were they left out?  You can’t make the Red Skull just another megalomaniac, because it really takes away what makes him a perfect foil for Captain America.  There’s also the simple fact that a shadowy super science organization is no substitute for Nazis in terms of a great force of evil to fight against, and Hydra doesn’t serve as an excuse to give Captain America worthy opponents; mostly it just was an excuse to use weapons and uniforms that look more modern/sci-fi.

3)  Overuse of CG:  I understand you need CG for the super science stuff.  I know you need CG for some of the backgrounds.  You need CG for the transformations.  Yes.  You do not need CG for the majority of the fights in this film.  Captain America has no superpowers aside from his fancy magic shield that can’t break and functions like a boomerang for some reason (which it makes perfect sense to enhance with CG).  For the bulk of Captain America fights, the inspiration should be classic action films-yes, Raiders with its Rube Goldberg fight scenes, but even things like the older, stunt laden James Bond films.  Scenes that recalled the best of the past.  Instead, outside of the first sequence, the action scenes lacked oomph and a big part of the problem was the overuse of CG, which took a more down to Earth hero and made him a cartoon.  Of course, Joe Johnston is no Spielberg, but the over-reliance on (quite frankly, often shitty) CG didn’t help.  Spend some money on location shooting, some nice big sets, put in fewer characters, focus the story, get some nicely choreographed action and stunts in there and you might have something.

2 comments on “A Short Rant about Captain America: The First Avenger”