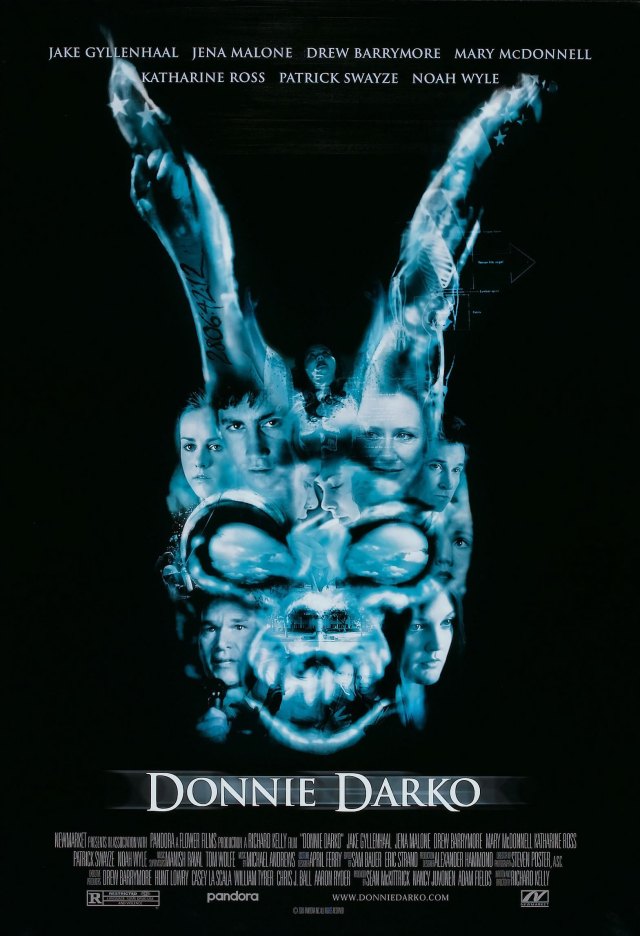 What It’s About: Teen Donnie Darko (Jake Gyllenhaal) is troubled by strange occurrences and visions of an alarming man-sized rabbit named Frank (James Duval) after he narrowly avoids being killed when a plane engine falls from the sky into his room.

Why Watch it Today?:  On October 2nd, 1988 Frank tells Donnie that the world will end in 28 days, 06 hours, 42 minutes and 12 seconds (it also happens to be Graham Greene’s birthday, which ties in). Donnie Darko was one of, if not the cult film of the early 2000s.  Donnie Darko feels like a Twilight Zone episode seen through an “Indy” filter and (sometimes pulled off, sometimes not) late 1980s nostalgia. The film features a Halloween party and other seasonal touches, if not a great autumnal feel thanks to its Southern California locations (of course we could say that about other films that weren’t even set in Southern California).  The cast is good, with young up-and-comers like brother/sister team Jake and Maggie Gyllenhaal and Jena Malone playing off of a mix of stars (Drew Barrymore, Patrick Swayze) and Indy/TV regulars. Writer/director Richard Kelly’s seems to be a one hit wonder as his follow-ups have perplexed and disappointed fans.    See it as blind as you can if it’s your first time, and for God’s sake don’t watch the terrible director’s cut.