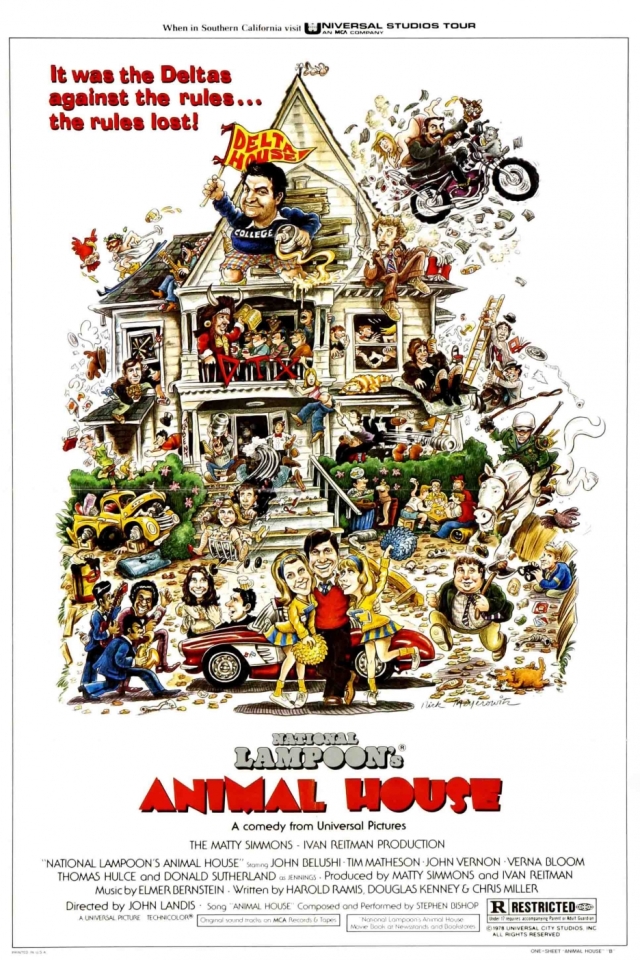 What It’s About: With the looming expulsion of their fraternity, the brothers of Delta Tau Chi take matters into their own hands and definitely don’t neglect celebrating every victory.

Why Watch it Today?: One of several disciplinary hearings in the film takes place on November 15th, 1962.  National Lampoon’s Animal House was an extremely successful comedy that inspired countless snobs vs. slobs movies aimed at the teen market and featuring liberal amounts of vulgarity, nudity, hijinks, endings where the futures of the characters are laid out in text over freeze frames, and ineffective authority figures.