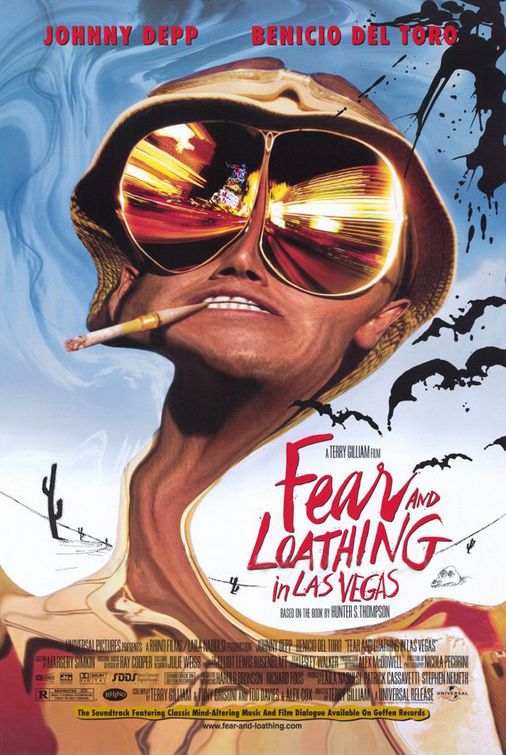 What It’s About: Journalist Raoul Duke (Johnny Depp) turns an assignment covering a motorcycle race in the Nevada desert into an intense, drug-fueled journey through the underbelly of Nixon’s America and his own psyche.

Why Watch it Today?: Journalist and cult author Hunter S. Thompson, who wrote the book, died today in 2005.  Writer/director Terry Gilliam brought us the most successful adaptation of Thompson’s work, with a great ensemble cast, great set-pieces, quotable dialog, an excellent soundtrack and creative uses of special effects.

Where to Get It:  Libraries, Netflix, iTunes or  Amazon.com