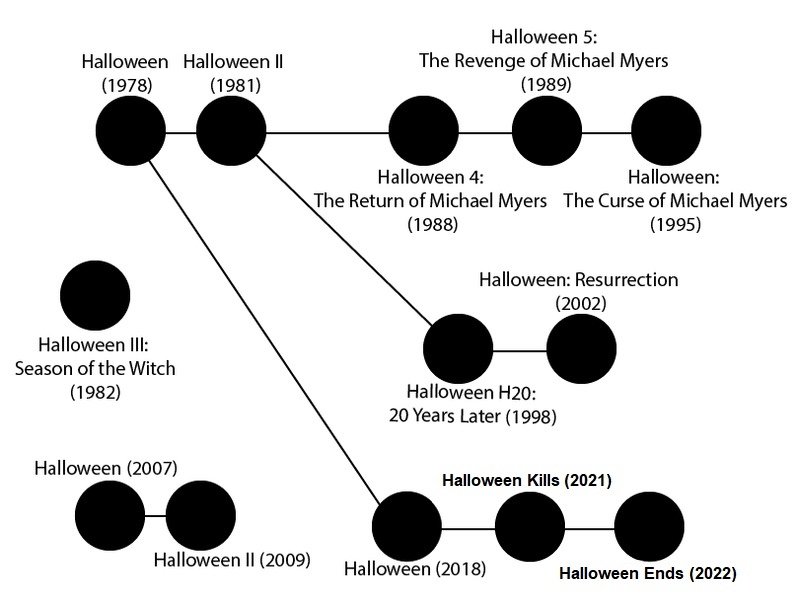 The summer of 2003.  A, well, not really simpler time (it’s never actually a simpler time), but a long time ago. I had met my wife, the Baroness, but we were not dating. Instead we were playing a weird game of chicken where our friends would invite us both to an event, but only one of us would end up coming, or we’d both show up and one or the other would go “well, maybe, but, no, not now” or our friends wouldn’t actually get out of our way long enough to let us talk! Meanwhile, my friendship with my roommate Dr. Kimenstein, who I didn’t really know until we moved in with a mutual friend the Fall previous, continued on its path of movie nights at home, bars, movies out, and playing and tabletop roleplaying games.  August rolled around and Freddy Vs. Jason came out.  Kimenstein had never seen any Friday the 13th movie, but went with us anyways.

Kimenstein is a computer scientist and is always methodical and looking for the “program’ that runs things.  I don’t recall if I discussed the slasher film formula or if he knew about it already (I certainly had already introduced him to Halloween), but he decided he needed to see all the Friday the 13th movies to break the code, and that we should finish watching them by Halloween night, when we’d end with Halloween.  Thus began the first Slasherthon, and in the end we did not make it through all ten movies by Halloween (probably we should have started in September instead of a week into October!) we finished up the next week, the very night before I finally asked out my now wife at a party!

Cut to the next year when we, older and wiser, and decided to do all 8 Halloween movies for Slasherthon II, choosing September 13th as our start date.  My good friend the Snork Maiden, along with Kimenstein’s then gf, now wife and one of her friends, joined us for the first two Halloween movies.  The Snork Maiden wanted to join us for the rest, but, leery of not finishing again, we decided that only Kimenstein and I were essential before watching the next one.  Years passed, Slasherthons went from being an annual tradition of a series of movie nights, to sometimes a single triple or quadruple feature, to a series of films over Skypes.  For the last 3 years or so, the Snork Maiden joined Kimenstein and I for our remote movie nights (we live in three different cities and have family responsibilities that make getting together more than once in a blue moon a challenge). During COVID-19 we’ve done more movies than usual.  Recently Snork Maiden reminded me that she was to be in the original Slasherthon II and still would like to see the rest of the Halloween movies..and now there are 11, including the Rob Zombie Halloween II that I’ve never seen.  After some thought, I said, “Yes! Let’s do this!”

So what is the plan?  The plan is to start at least 12 weeks before Halloween and watch one Halloween movie a week (leaving us one week for a Mulligan, or, if we get crazy, to watch some of the delightful cash-ins like After Halloween or the Producer’s Cut of 6 or something). I will try to blog a short post after each film. I may also write my own, personal take on the history of the Halloween franchise to prepare the Snork Maiden and any other uninformed guests so they know what they are getting into. Other than 1 and 2 (which Letterboxd tells me I last saw in 2018 and 2016) I haven’t seen any of them since 2004, except for Rob Zombie’s Halloween and 2018’s Halloween which I last saw in 2007 and 2018. I’m excited to see how my opinions have changed in almost 20 years.  I’m also excited to be distracted from well, this (points to everything) and to start pretending it’s already Fall in August, which, you know from my Fall Journal 2 years ago, I really wanted to do around July 4th. 🙂