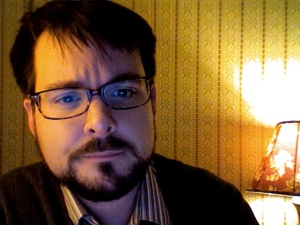 The short answer is T. A. Gerolami, but what you really wanted was the long answer, right?

You can read about  where the name “Professor Mortis” comes from in our page about The League, but there’s a bit more to the story.  I’ve used the handle ProfessorMortis on these internets for nearly ten years now, leaving movie reviews various places, and even tried my hand at a big, sloppy, blog which mixed work, my voracious movie watching habits, book reviews, and personal news for years before I decided to get a bit more focused and serious by concentrating on movie reviews, and thus The League of Dead Films was born. With the extra work of writing an entry for every day of the year, I’ve even taken on a partner, which I’m hoping will lead to more regular movie reviews and maybe even some blog posts about the movie business in general.

I’m not gonna lie to you, I’ll watch any kind of movie (lately my wife is running a Musical Re-Education Camp where I watch classic musicals like Annie Get Your Gun), but I do have favorite genres.  My father taught me to love war movies, Westerns, Charles Bronson, John Wayne and Clint Eastwood. My older brother brought me to Kaiju, Sci-Fi, monster movies, James Bond, silent movies, Serials,  Detective movies, Film Noir, radio shows, Universal, Hammer, Romero and Bogart.  My sister brought me the horror of the 70s on, including Slasher movies, Cronenberg, and Carpenter, and my mom brings the comedy, especially the ZAZ guys, Mel Brooks, the Pink Panther series, and Screwball.On my own and through friends, more was added-Anime, Hong Kong action flicks, French Neo Noir, the classic repertory art films, Goddard, Scorcese, Polanski, Lang, Wilder.

I learned about “so bad it’s good” and heckling a movie, early thanks to my father’s running commentaries during movies, clip shows like It Came From Hollywood, and my older siblings descriptions of going to see The Rocky Horror Picture Show (not to mention all those times I tracked down monster movies only to find out they were epic stinkers). By college I was hunting down the films of Ed Wood, Al Adamson, and through a chance encounter with Black Belt Jones, I immersed myself in Blaxploitation.  Mystery Science Theater 3000 episodes, friends and books helped fill out my knowledge but the next really big break through was the IMDb, and from there web based reviewers like  The Bad Movie Report and Stomptokyo.  Eventually I joined the Bad Movie Message Board and found an online community of B-movie lovers who taught me even more and sent me in all different directions.

Which brings us right back to choosing Professor Mortis as my handle and sticking with it, since I first went by the name at the BMMB. These days I’m still plugging away at my cinematic obsessions, but rarely with any sustained attacks on specific genres, series, or filmmakers.  When I came up with the idea of Movie of the Day entries I hoped they would lead to “Fortune and Glory”, or at least a paid writing gig, but that seems unlikely in an internet completely overwhelmed with movie reviews.  If you can use a movie critic or if you need a daily movie column, let’s talk, but until then or I can figure out some way to make this pay, this will continue to be my odd hobby/obsession. 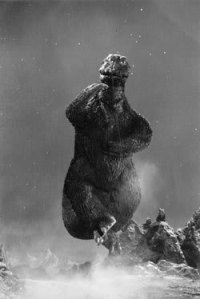 In my “real” life I’m a reference librarian at a community college, a profession where my interest in research but difficulty in deciding on a single subject helps rather than hinders my work. Sometimes I feel like I’m the only one of the amateur movie critic community who *doesn’t* harbor  a secret desire to write novels, comics, or scripts.  If anything I harbor a desire to go back to school and get a PhD, maybe in Film History or American History. For better or worse I am not the kind of librarian who reads a book a day.  I manage a certain number a year, divided up among my primary reading interests-history, hard-boiled fiction, classic novels and books I feel like checking out, and a smattering of other genres based on what I need to read for work and what ends up in my hands.  I do a fair amount of cooking, another lifelong interest, and I’m trying my hand at a (small) garden.

So now that you’ve read a large chunk of my life story, stick around a while, read some entries, and let us know what you think.

6 comments on “Who is Professor Mortis?”