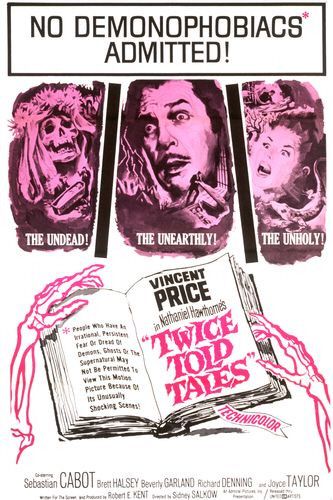 What It’s About: Three suspenseful tales starring Vincent Price, from that master of horror, Nathaniel Hawthorne.

Why Watch It Today?:  Nathaniel Hawthorne died today in 1864.  You may be wondering why anyone would want to make a horror anthology out of the work of Hawthorne, but in the early 1960s, Roger Corman’s horror films based on short stories by Edgar Allan Poe and starring Vincent Price were big business.  Today’s film was one of the more unusual attempts to cash-in on the success of the Poe films, varying story to story from a highly entertaining scenery chewing competition between Price and Sebastian Cabot to the final, incredibly goofy take on Hawthorne’s The House of the Seven Gables starring Richard Denning and Beverly Garland.

Where to Get It:  iTunes or Amazon