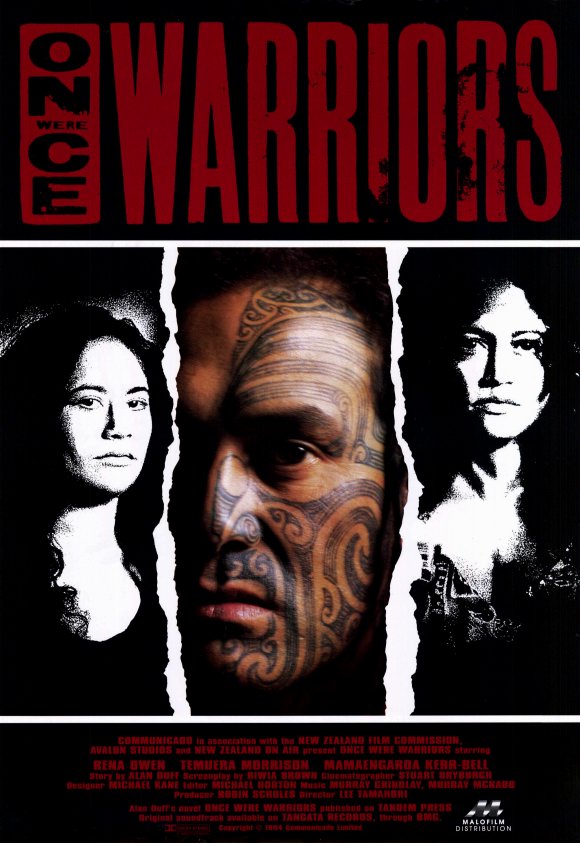 What It’s About:  Once Were Warriors follows the disintegration of an extremely dysfunctional Māori family, the Hekes, made up of the abusive, boozy father Jake “The Musc” (Temuera Morrison); put upon, co-dependent battered wife Beth (Rena Owen); the creative, dreaming teenage daughter Grace; rebellious eldest son and gang member Nig (Julian Arahanga); middle son Boogie (Taungaroa Emile) who’s in trouble with the law; and two younger children, Polly and Huata. While Jake continues to destroy what’s left of the family, Beth returns to her family (once Māori nobility), which she left to marry Jake. Boog and Nig also embrace Māori culture, Boog by being trained in their martial arts, history and culture in the juvenile dentention facility and Nig in his gang.

Why Watch it Today?: Today is the International Day of the World’s Indigenous People, created in 1994 to focus on a different issue or element of culture (the 2010 day focused on film, for example).  Once Were Warriors was one of the first films that brought the Māori, their culture, and the problems they face in modern New Zealand to an international audience; it is also a hard-hitting drama with a fine cast.

Where to Get It:  Libraries, Netflix (rental) or Amazon