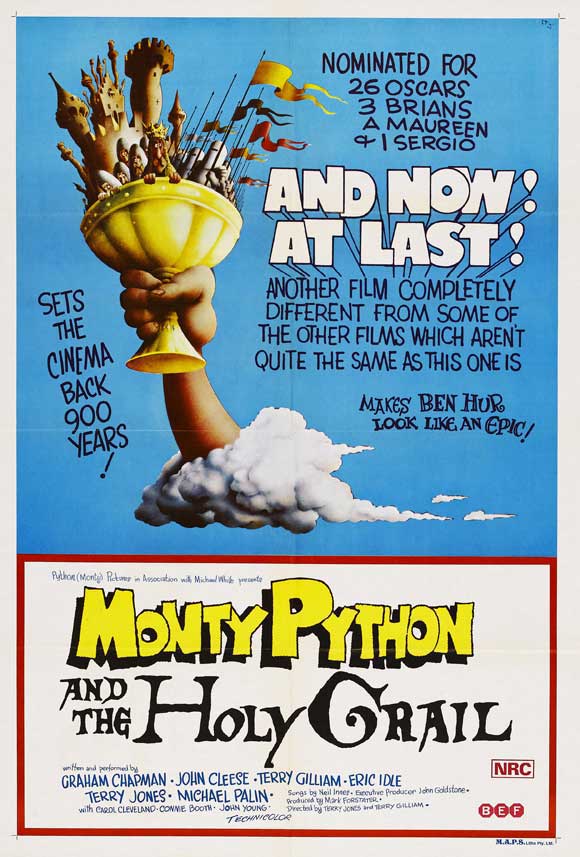 What It’s About: Sketches skewering everything from medieval witch trials to (then) modern politics loosely tied together through a spoof of King Arthur.

Why Watch it Today?:  Monty Python’s Flying Circus first aired today in 1969.  The show was enormously successful, with the series (and later films) eventually making it across the pond, becoming part of the basic vocabulary of nerds for years to come.  Monty Python and the Holy Grail was the group’s first original feature film (And Now For Something Completely Different consisted of sketches from their first season re-shot on film for not-so-great effect).

Where to Get It:  Libraries, Netflix (Rental only) or watch online at iTunes and Amazon

One comment on “October 5th, 2011: Monty Python and the Holy Grail”