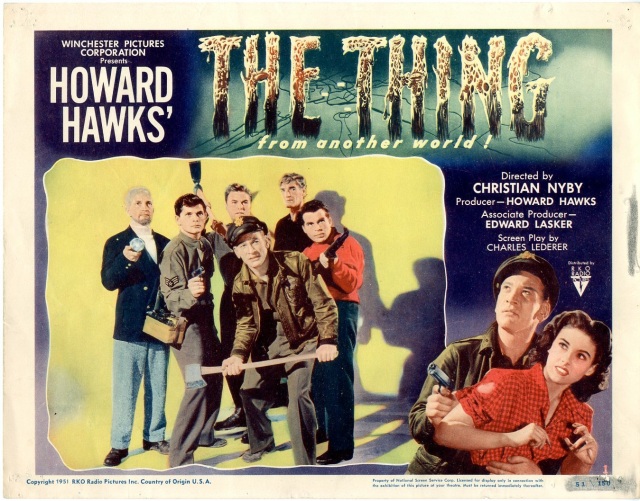 What It’s About:   Some..thing.. crashes near the North Pole. Upon further investigation, a giant craft is discovered and thawed out of the ice. The soldiers recover a body from the crash site and return with it to their base…

Why Watch it Today?:  The film takes place on today’s date in an unnamed year. Near the beginning of the film, a doctor says: “November 2nd 11:30am .. Deviation in sector 19 continues 12 degrees, 20 minutes east.”

Where to Get It:  Entirely available on YouTube (below) or borrow it from your local library