What It’s About:  Someone murdered Laura (Gene Tierney), a leading figure on Madison Avenue.  Laura started as an office girl but rose to the top with the help of her mentor, venomous critic Waldo Lydecker (Clifton Webb). The suspects include Laura’s fiance Shelby Carpenter (Vincent Price), a playboy that she took in and gave a job; Ann Treadwell (Judith Anderson), Carpenter’s former, older lover; and Laura’s devoted maid, Bessie (Dorothy Adams). Investigating the mystery with the worst technique committed to celluloid (he allows the suspects free range of the crime scenes, brings one suspect along while he investigates the others, and nearly gets one witness killed) is Detective Mark McPhearson (Dana Andrews), who falls in love with Laura’s portrait.

Why Watch it Today?:   Today is the birthday of both Gene Tierney (born in 1920) and Clifton Webb (born in 1899).  Although Tierney doesn’t get much to do in the film except look pretty, Webb is amazing as Lydecker, bringing humor as well as venom to the role, earning an Oscar nomination.   Although lead Dana Andrews is as dull as ever, Otto Preminger’s Laura features a game supporting cast and a great twist, worth watching for Webb alone (although Price is also fun to watch as a lay about sleaze).

Where to Get It: Netflix (Rental), Amazon and Vudu, Libraries

Mo Rating for Movember:  Webb’s Mo dominates the picture nearly as much as he does.  4 out of 5 Mos. 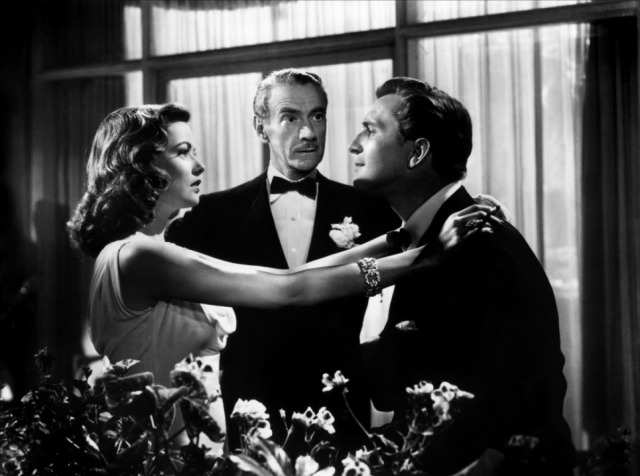 "And I thought my Mo would win Vinnie's heart!"