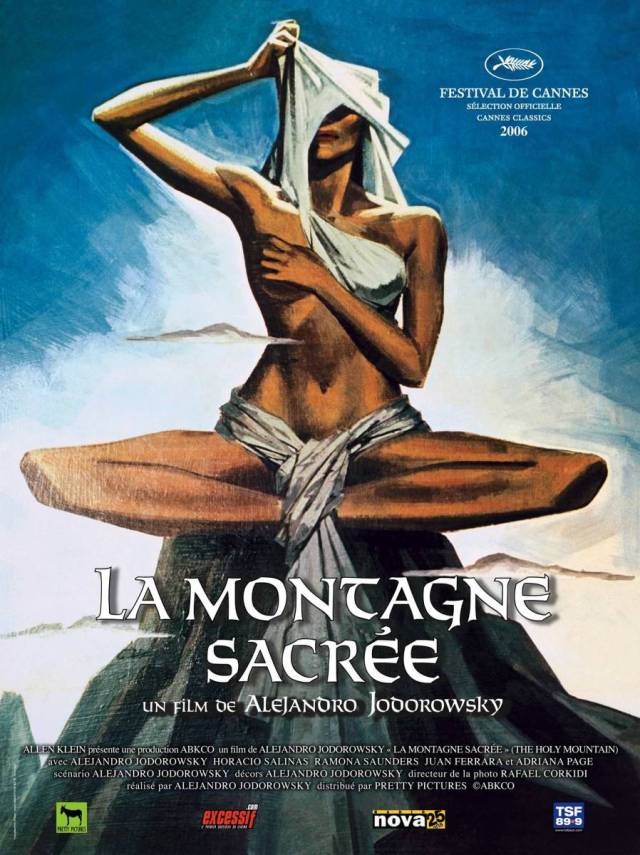 What It’s About: The Thief (Horacio Salinas) journeys through an incredibly fucked up society that mirrors our own, complete with obnoxious ugly American tourists, the Conquest of Mexico as told through toads and chameleons, and more. The Thief is taken under the wing of The Alchemist (Director Alejandro Jodorowsky) and begins his journey to enlightenment, joined by 9 others, the most powerful people in all parts of society, each named for a planet. The group agrees to replace the council of 9 immortals who live on top of the Holy Mountain on Lotus Island, aiming to take their place and transcend death…but what is waiting for them?

Why Watch it Today?: Today is  Bicycle Day, so-called because Swiss Chemist Albert Hoffman went on the first full-fledged acid trip in 1943,  experiencing the effects of the drug while cycling home from his lab.  Last year we went easy on you, picking The Tingler, the campy William Castle film that features LSD as a plot device.  Today’s Movie, however, is so trippy that you’ll feel like you’re on something even if you watch it sober.  I can’t imagine the effect it would have on someone in an altered state.  The Holy Mountain is Jodorowsky at his mind-blowing finest.