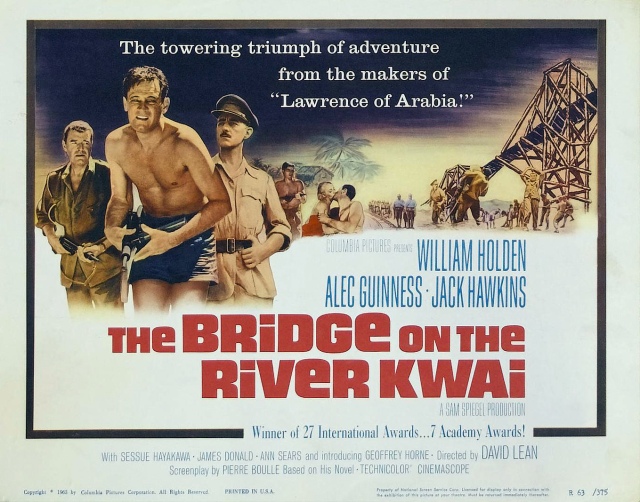 What It’s About: During the building of the Burma-Thai Railroad, Col. Nicholson (Alec Guinness) convinces the POWs under his command to willingly rebuild the bridge over the Kwai river effectively and efficiently, despite the illegality of Japan using POWs as a slave labor force.  An American (William Holden) who escapes the camp guides a British commando team whose mission is to destroy it.

Why Watch it Today?: British bombers destroyed the bridge today in 1945.

Where to Get It: Your local library; Amazon and iTunes; Netflix (DVD)