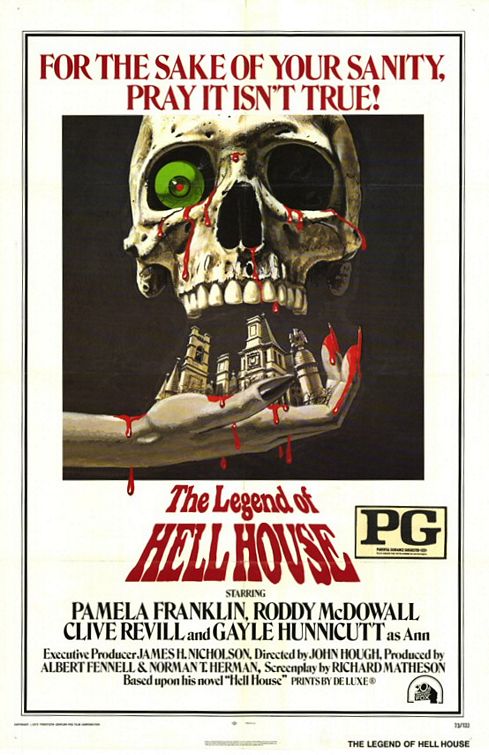 What It’s About: A team of four investigators-a parapsychologist (Clive Revill), his wife (Gale Hunnicut), a medium (Florence Tanner) and a telekinetic (Roddy McDowall), the only survivor of a previous investigation-enter the Belasco Mansion, dubbed “Hell House” (for its history while its owner (Michael Gough) was alive, and its reputation for being violently haunted since his death), in the hopes of providing conclusive proof of its haunting.  They will receive 100,000 pounds each from an aging millionaire if they can provide him evidence of life after death.  Can the investigators survive long enough to claim their prize?

Why Watch it Today?:  The ever reliable Roddy McDowall was born on this date in 1928.  The Legend of Hell House is one of the best haunted house films, and it’s quality is in no small part thanks to McDowall, perfectly cast as a terrified man who has very good reasons to be afraid, and who must discover courage if he is to survive Hell House.

Other Choices:  Roddy McDowall’s career was long and varied, from his days as a child actor in films like How Green Was My Valley right through to the ending days of his career when he has supporting roles in genre films that ranged from excellent (Fright Night) to hysterical (Class of 1984).