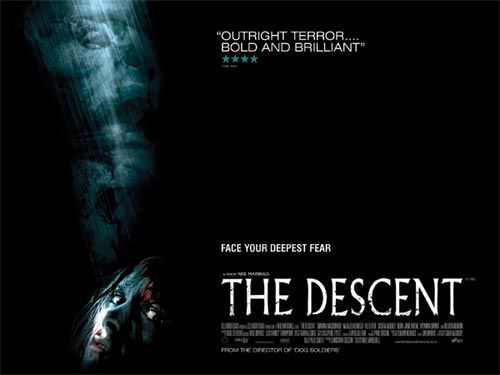 What It’s About:  A group of friends get together for “extreme” sports expeditions annually. We first meet Sarah (Shauna MacDonald), Juno (Natalie Mendoza) and Beth (Alex Reid) kayaking down rapids. After a horrific accident, it’s a  year later and the group gathers again in the Appalachian mountains to go caving. Juno is the alpha woman, and she’s set up the expedition to help Sarah get back into sorts. Two sisters, Rebecca (Saskia Mulder) and Sam (MyAnna Buring) and base jumper Holly (Nora-Jane Noone) round out the expedition.  After a night of drinking, the group heads down to the caves which Holly decries as “too safe, a tourist trap”. The group descends into the cave and pretty soon everything is going wrong…cave-ins, lack of map, and, of course, your everyday average cave creatures….

Why Watch it Today?: Mammoth Cave, the longest known cave system in the world, was made a World Heritage site today in 1981.  More importantly, The Descent is a scary, well-made horror film from filmmaker Neil Marshall, worth seeing especially if you have claustrophobic tendencies.