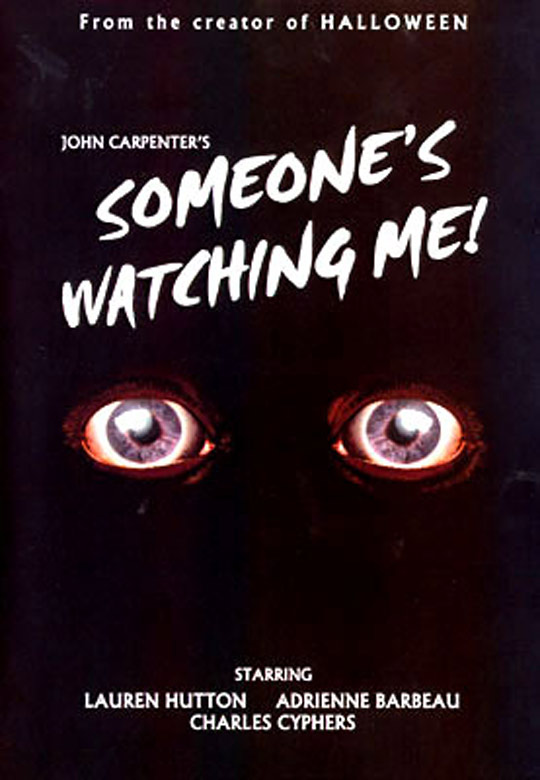 What It’s About:  Leigh Michaels (Lauren Hutton) moves into a new city, a new job as a TV director, and a new ultra-modern apartment in a high-tech high-rise that faces a nearly identical building.  Just as everything seems to be coming up Milhouse, Leigh begins receiving threatening phone calls and gifts from a stalker who she believes is living in the opposite building.  Can Leigh figure out who the stalker is and find a way to stop him before it’s too late?

Why Watch it Today?:  A major plot point in today’s film (an excellent thriller whose quality belies its origins as a TV movie) is the fact that Leigh can’t get help from the police until her stalker does something threatening-mere unwanted, persistent attention is not something they can do anything about.  Sadly this was not something that writer/director John Carpenter invented, it was true until the high-profile murder of Rebeccca Schaeffer created a push for anti-stalking legislation. Schaeffer, who only recently got a big break starring in My Sister Sam with Pam Dawber, was murdered on this date in 1989.