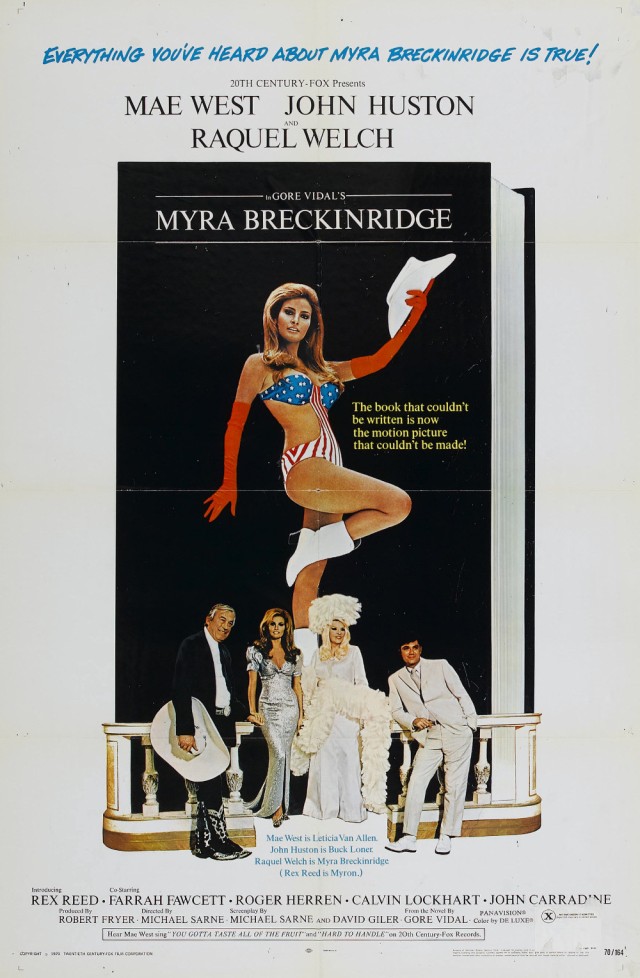 What It’s About: Myron (Rex Reed) has a sex change operation and becomes Myra Breckinridge (Raquel Welch), heading to the acting school her uncle Buck Loner (John Huston), a former cowboy star, runs.  There she meets a strange cast of has-beens and wannabes, including the over sexed talent agent Leticia Van Allen (Mae West).

Why Watch it Today?:  Mae West was born today in 1893.  Today’s film, generally regarded as a tasteless failure, is hardly West’s most famous work, but as it is a personal favorite guilty pleasure, I’m going with it for today’s Movie of the Day. The joys of the film include well used clips of Golden Age Hollywood films, Welch and the supporting cast, and West performing “Hard to Handle” with be-afroed back up singers in tuxes, not to mention scenes that are difficult to believe were ever shot with major actors and released into mainstream theaters.