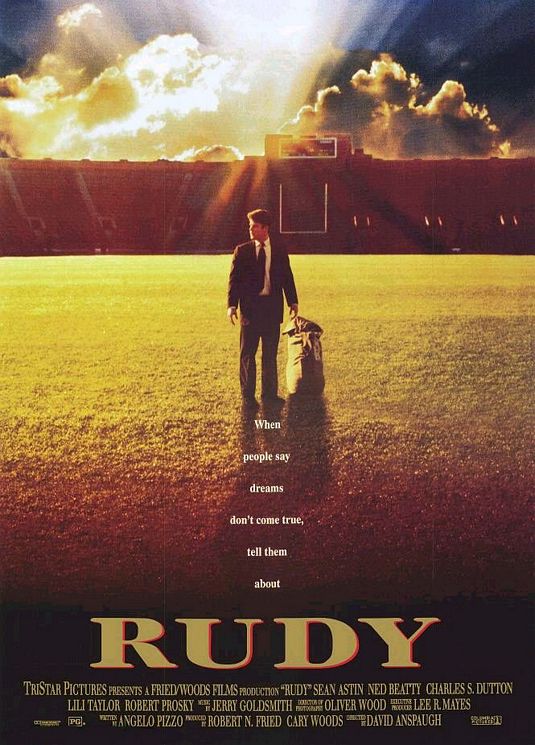 What It’s About: Rudy (Sean Astin) is the undersized son of steel workers whose dream has always been to play for Notre Dame but his deficits in size and academic ability seem to put that goal out of reach.  A tragic accident inspires him to do everything in his power to achieve the seemingly impossible.

Why Watch it Today?:  Rudy’s birthday is August 23rd, and the tragedy strikes on his 22nd birthday.  Rudy is a much beloved “inspirational” sports movie with a fantastic cast of character actors.