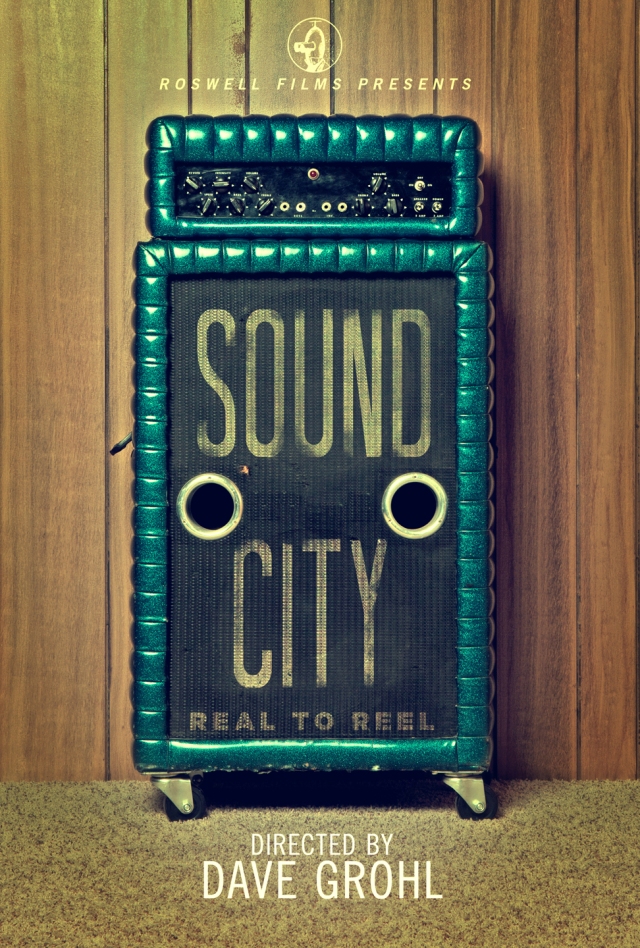 What It’s About: Dave Grohl’s directorial-debut documentary is essentially a biopic of a soundboard and the recording studio that housed it; a retirement gift, as it were, dedicated to a piece of recording equipment by the man who bought it when its lifelong home shut down.  Dave Grohl has a reputation as one of the nicest dudes on the music scene, and he put his wide-ranging web of connections to work in crafting this story.  Seems like everyone who was anyone in rock in key segments of the 70s, 80s and 90s has a fond memory of Sound City studios, and they all get a chance to tell it for the camera.

A key theme of the movie is the shift from analog to digital.  Grohl’s film falls on the side of nostalgia, with praise for the democratization of recording that’s resulted from cheap digital equipment and realistic criticism of the particular failings of Sound City’s business model firmly outbalanced by enthusiasm for the craft that went into recording on the Neve and the ensuing high-quality, complexly textured product.  (For an opposing view, Presspauseplay (2011) tends toward the EDM-fuddled digital cheerleader end of the spectrum on this issue.)  The film traces two cycles of success and failure in Sound City’s history, enlivening the narrative with an eclectic range of good sounds.  It’s a bit like a grown-up version of VH1’s Behind the Music.  Much of the latter part of the movie consists of a series of reunions, where former Sound City artists collaborate with Grohl to make music.

Why Watch it Today?: Neil Young celebrates his birthday today.  He features prominently in the movie, dishing a number of times on his recording recollections and why he values Sound City and the Neve recording console.  Fans of basically any era of rock music will find something to appreciate in this movie, even such aesthetic opposite poles as Neil Young and Nirvana.  You’re sure to find something you don’t expect — whether it’s management-speak on the value of connecting with people from Metallica’s Lars Ulrich, Trent Reznor waxing eloquent about the importance of really learning to play real instruments, or Rick Springfield voicing his regrets about ditching the studio.