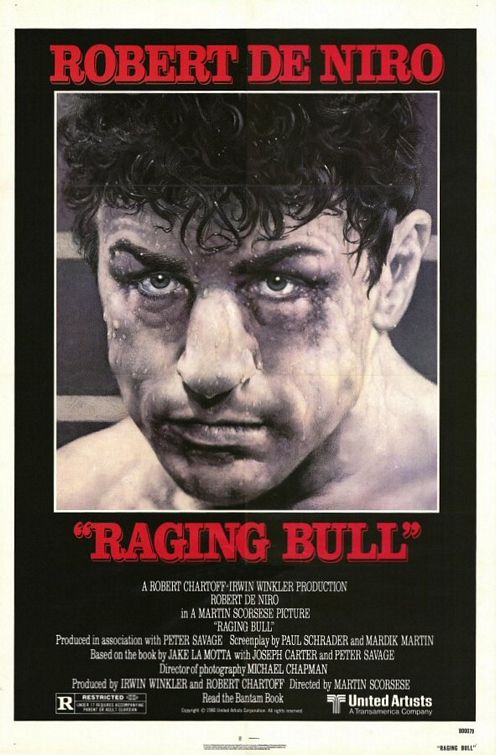 What It’s About:  A character study of boxer Jake La Motta’s (Robert De Niro) violent life in and out of the ring.

Why Watch It Today?: Jake La Motta’s birthday is today; the pugilist was born in 1922.  Made at the height of Robert De Niro and Martin Scorcese’s abilities, the film earned De Niro an Oscar for his intense portrayal of La Motta.  The film was nominated for 7 other Oscars, but only won for Best Editing.  Regardless of where it stood in the Oscar race, Raging Bull is one of the greatest boxing films of all time, beautifully shot in black and white, with an excellent supporting cast and often harrowing scenes of violence, domestic and public.

Where to Get It:  iTunes, Netflix, public libraries, or Amazon