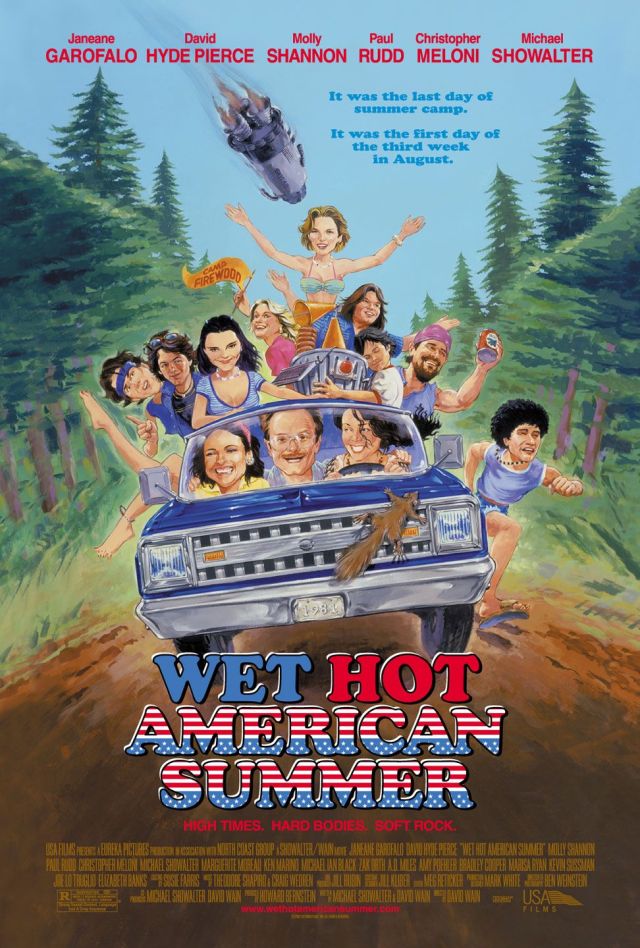 Why Watch it Today?: As it says right on the poster, “it was the last day of summer camp, it was the first day of the third week in August”, which in 1981 fell on August 16th. Wet Hot American Summer is a perfectly pitched parody of 1980s summer camp films with a great, soon to be famous cast and some hilarious moments.

Where to Get It:  Netflix or Amazon