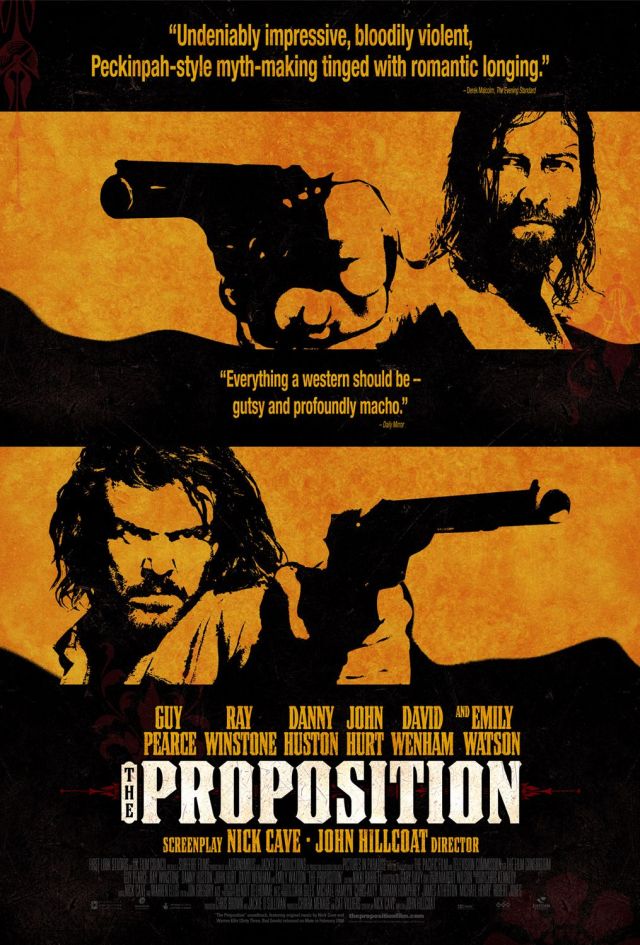 Captain Stanley (Ray Winstone, Ladies and Gentlemen, the Fabulous Stains) and his men manage to take outlaw Charlie Burns (Guy Pearce, The Hurt Locker) and his kid brother Mike (Richard Wilson).  The Burns Gang is wanted for the massacre and rape of an entire family, but Stanley has a proposition for Charlie:  go deep into Aborigine territory to kill his older brother Arthur Burns (Danny Huston, Children of Men).  Stanley knows that Arthur is the real force behind the gang and its outrages, and he knows that Charlie can’t bear to see his weak brother executed.  Charlie agrees, but there’s one problem:  the town, Stanley’s subordinates, and even his wife Martha (Emily Watson, Angela’s Ashes) can’t understand why he’d make this deal, why he isn’t punishing Mike, and why he let Charlie go.  Can either Stanley or Charlie keep up their end of the bargain? 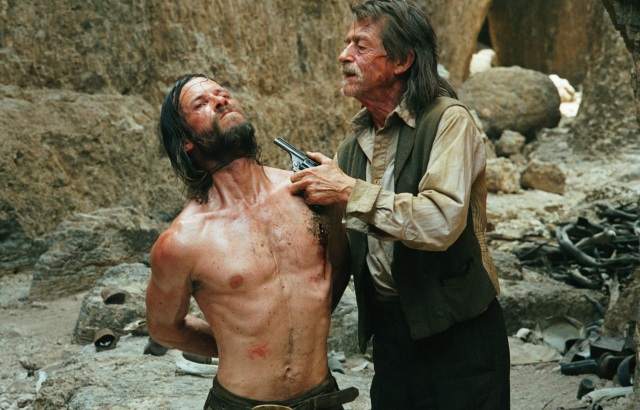 The Proposition is an Australian Western and the feature film début of former video director John Hillcoat, from a script by musician Nick Cave (Wings of Desire).  The film consequently looks amazing, with breathtaking vistas of the Outback serving much the same purpose as Monument Valley in the work of John Ford.   Unfortunately, the story is so spare and stripped down that it is predictable and tiresome, with awful stilted dialogue.  The script thinks it is a deconstruction of Western themes, myths and archetypical elements, but it never commits to doing so, resulting in an uninteresting film that isn’t satisfying as a conventional Western or as a mythic one, while the gore and grit added in an attempt at realism feels flat when placed up against the one note cliches that are the characters.  The cast, including John Hurt (Rob Roy) as a mad bounty hunter and Aussie movie regular David Gupili (Crocodile Dundee) as one of Stanley’s scouts, are good but aren’t given enough to work with.  The Proposition is a disappointing Aussie Western that squanders early promise on a tired story.