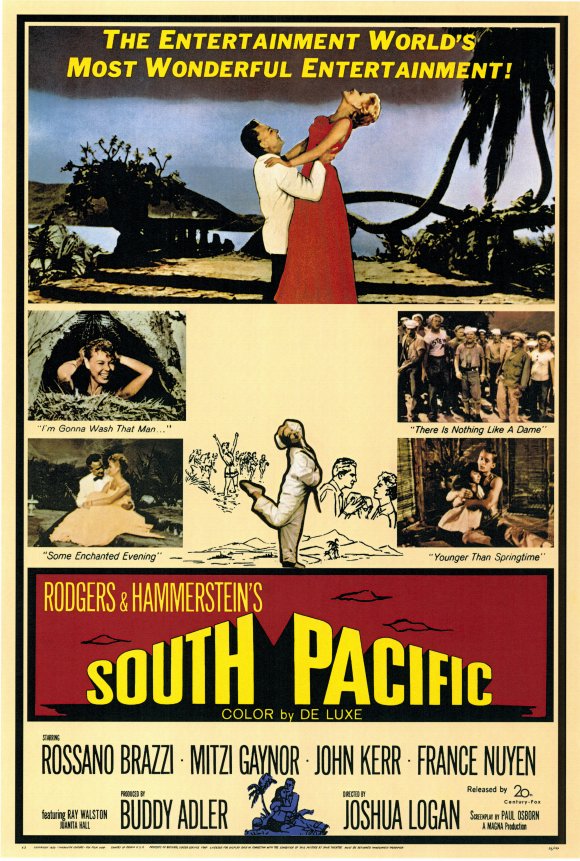 What It’s About: During World War Two, a Navy officer and nurse meet and fall in love with locals while stationed in the South Pacific, a risky proposition considering the war raging around them and, more importantly, the racial prejudice of the time.

Why Watch it Today?: James Michener, the popular mid-20th century author who wrote the book today’s film was based upon, was born today in 1907.  Although it is not a complete success, South Pacific features the classic songs that made the stage show a hit, beautiful scenery, and an amusing turn by character actor Ray Waltson.

Where to Get It: Netflix (Rental Only), iTunes and Amazon Instant Video, or your local library.

Watch the trailer at TCM.

Other Choices:  John Cassavetes died today in 1989.  Last year we featured his autobiographical crime film, The Killing of a Chinese Bookie.