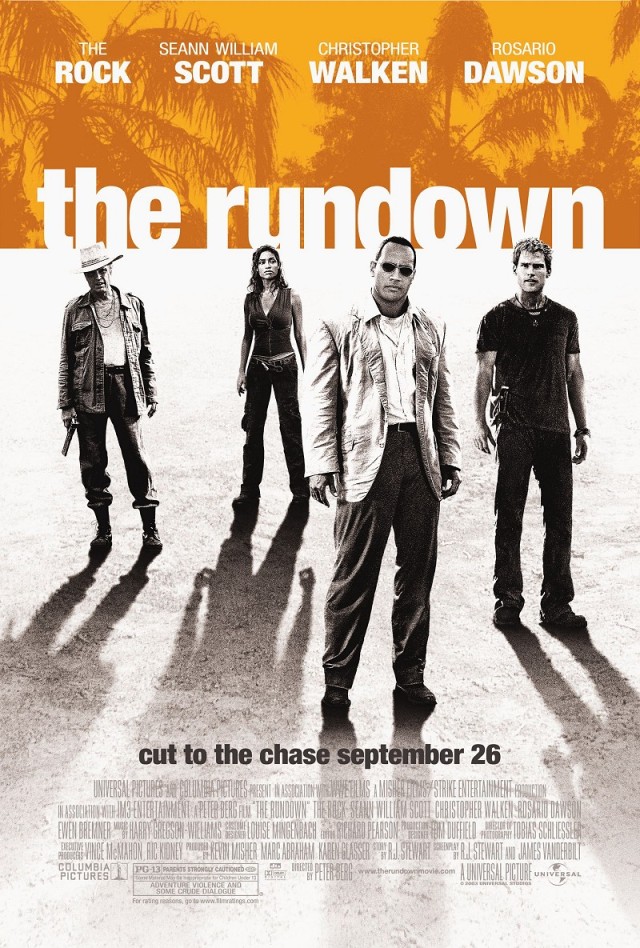 What It’s About:  Beck (Dwayne “The Rock” Johnson) is a “retrieval expert” who’s hired to drag Travis (Seann William Scott) back from the Amazon, only he gets much, much more than he bargained for.

Why Watch it Today?: Dwayne Johnson was born today in 1972.  While Johnson is not the first wrestler to cross over into acting, he’s easily one of the best, with a fun persona and charisma to spare, but he’s been plagued by poor decisions in terms of the roles he accepts (or which the WWE chose for him).  Today’s film is one of his better choices, a modern-day adventure film with some Spaghetti Western influences (including a capitalist hellscape of a mine called Helldorado, casting a scenery chewing veteran like Christopher Walken, and a trio of whip wielding opponents).

Where to Get It: Amazon, iTunes, Vudu; Your Local Library; Netflix (DVD)