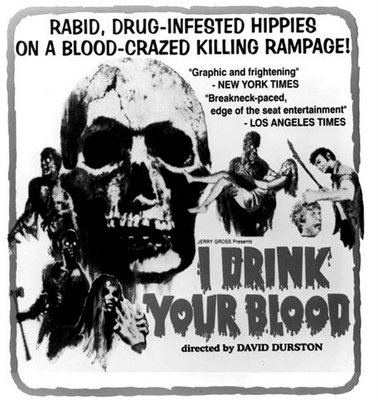 What It’s About: A group of Manson-like cultists are fed rabies laced meat pies by one of the brothers’ of their victims, eventually leading to an all out rabies infestation (really some kind of super rabies that turns victims into mindless killers, and spreads and develops insanely quickly) in an isolated town that’s about to be flooded as part of a dam building project.

Why Watch it Today?: Today is World Rabies Day, and, just like last year, we bring you a 1970s variant on the zombie film that replaces zombies with people with rabies.