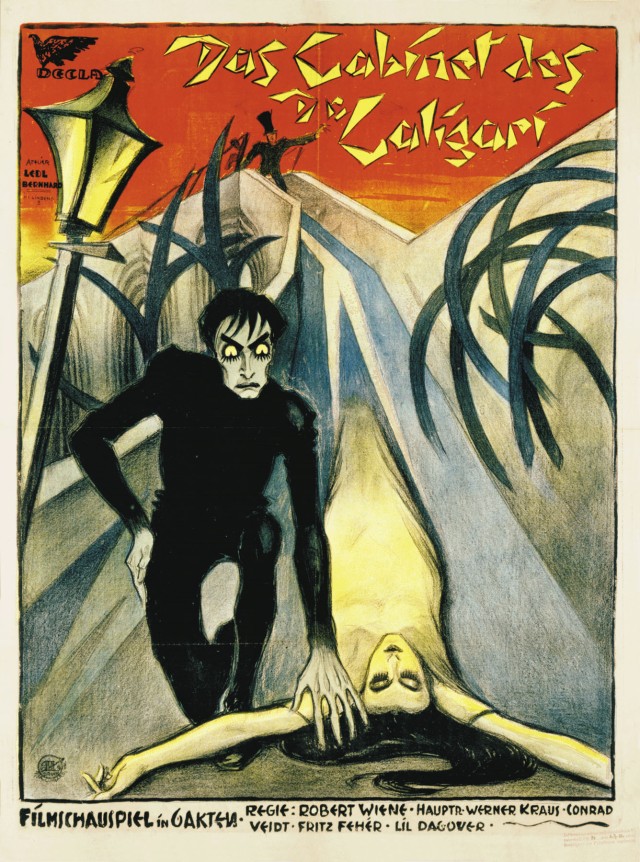 What It’s About: Alan (Hans Heinrich von Twardowski) and his friend Frances (Friedrich Fehér) go to a fair and see Dr. Caligari (Werner Krauss), whose somnambulist Cesare (Conrad Veidt) makes predictions of the future, including of Alan’s death that night.  When Alan is found murdered the next day, Frances begins to investigate Dr. Caligari and Cesare…but all is not as it seems…

Why Watch it Today?:  Conrad Veidt was born 120 years ago today.  The Cabinet of Dr. Caligari was Veidt’s breakout role, and he acted in American and British as well as German films until he fled Germany in 1933 when the Nazis came to power.  His best known role, ironically, is the suave but devious Nazi Major Strasser in  Casablanca.  The Cabinet of Dr. Caligari is a  classic, influential horror film, much imitated, both i’s Expressionistic sets and its classic twist ending.

Other Choices:  Veidt played a decidedly less threatening and competent Nazi in previous movie of the day All Through the Night.