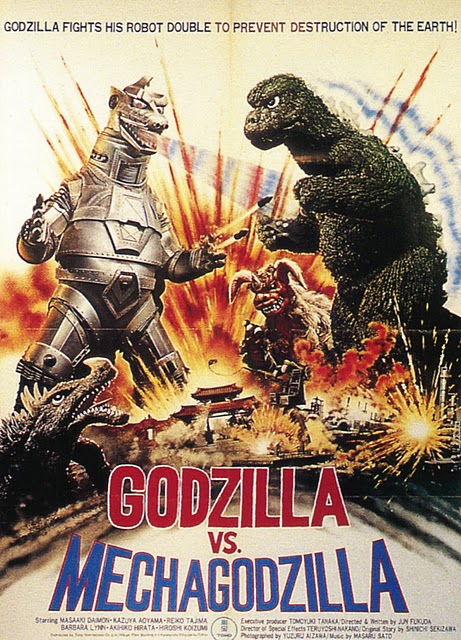 What It’s About: An archaeological dig in Okinawa reveals an ancient prophecy that a monster will appear to destroy the world, but, when the red moon sets, and the sun rises west, two more monsters will appear to save it.  Each element of the prophecy comes true, as Godzilla appears and begins destroying everything….but is he really Godzilla-and who will be the monsters to appear and save the world?

Why Watch it Today?:  A key element in Godzilla vs. Mechagodzilla is the ancient royalty of Okinawa, and their (admittedly fictional) myth of a god named King Shisa, who protected them during the Japanese invasion, which occurred on this date in 1609.  Godzilla vs. Mechagodzilla came at the tail end of the Showa era Godzilla films, retaining the “superhero Godzilla” of the later entries in the series, but featuring some international globe-trotting, prophecies and psychics, aliens clearly inspired by Planet of the Apes, and a return to a slightly more serious tone.  It also happens to be my all time favorite Godzilla film, featuring a wild mix of elements, some top-notch fight sequences, and King Shisha, the lovably incompetent who graced my wedding cake (along with Godzilla himself).

Other Choices:  You could always watch The Streetfighter, which features the “Last of the Real Okinawa Karate Fighters”-Karate being developed in Okinawa from Kung Fu and used by locals who were banned from owning weapons by their Japanese conquerors.