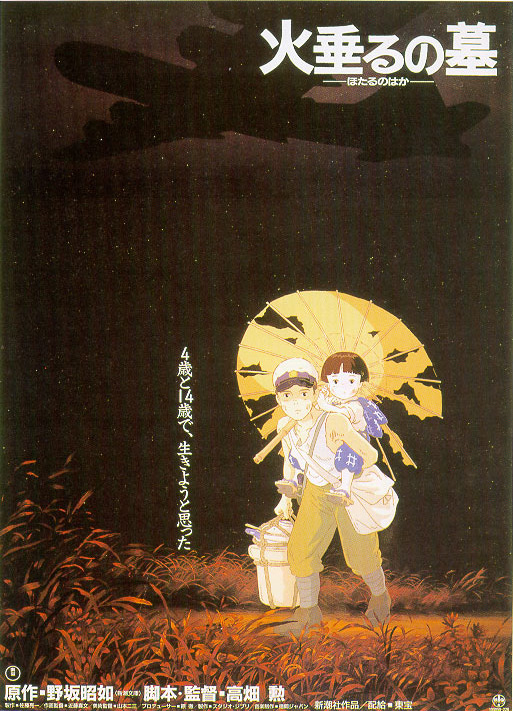 What It’s About: Two children, brother and sister, struggle to survive in wartime Japan.

Why Watch it Today?: The U.S. firebombed Tokyo at midnight, March 10th, 1945.  Between 80,000 to 100,000 were killed—more than later died in Nagasaki (70,000 to 80,000), and more than half the number who died in Hiroshima (120,000 to 150,000). The Grave of the Fireflies is a beautifully animated, haunting film which shows the effects of the American firebombing raids and blockcade on Japanese cities and the people who lived there.  The horrors of the conflict are shown through the eyes of the most vulnerable civilians, children.  The Grave of the Fireflies is based on Akiyuki Nosaka’s autobiographical novel and was produced by Japan’s famous Studio Ghibili, the home of Hayao Miyazaki, and was originally released in a double feature with his sweet story of childhood, My Neighbor Totoro.

Where to Get It:  Your local library, Netflix (rental only), or Amazon