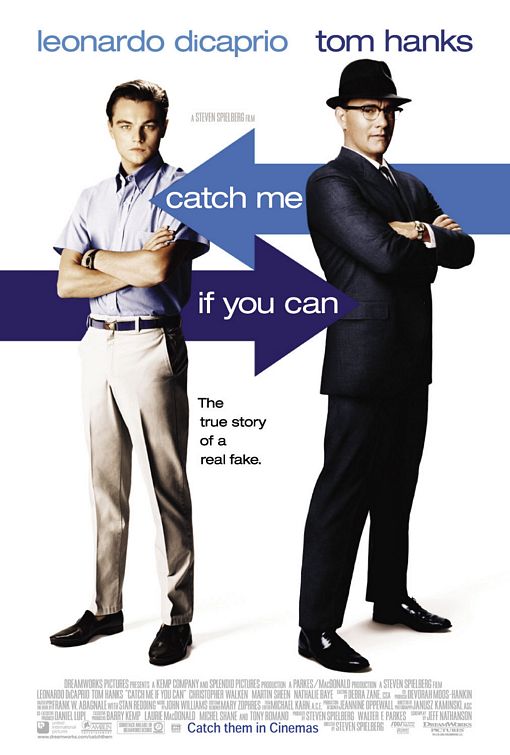 What It’s About:  The true story of Frank Abagnale Jr. (Leonardo Di Caprio), the successful con artist and forger who posed as a Pan Am pilot, lawyer and doctor-all before his 19th birthday.

Why Watch it Today?: Steven Spielberg turns 67 today.  As someone who adores Spielberg’s early work but doesn’t always love his later films, Catch Me If You Can surprised me, delivering a stylish take on a fantastic story with an excellent cast and a great John Williams score.

Other Choices:  How about one of Spielberg’s insanely influential blockbusters, such as Jaws, Raiders of the Lost Ark, Close Encounters of the Third Kind or Saving Private Ryan? If you’re looking for a Spielberg film you may have missed, how about 1941, one of Spielberg’s most infamous misses or Empire of the Sun, Spielberg’s tale of a boy lost in Singapore during World War Two?