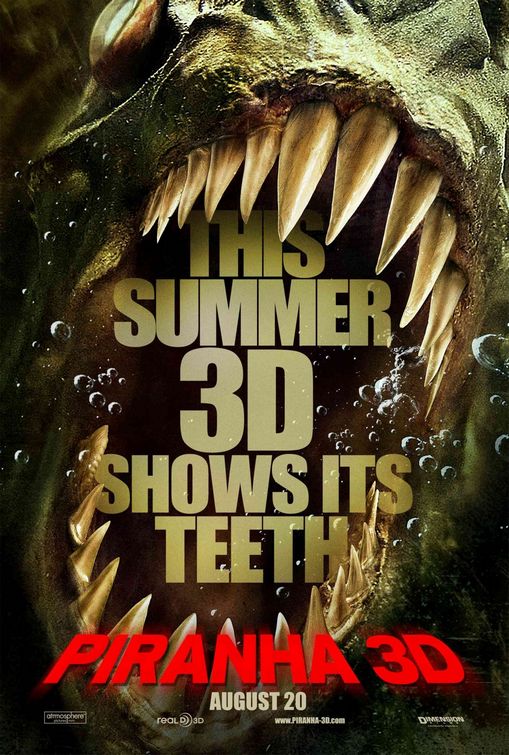 Warning:  there will be SPOILERS

You will want them to die, but they won't. 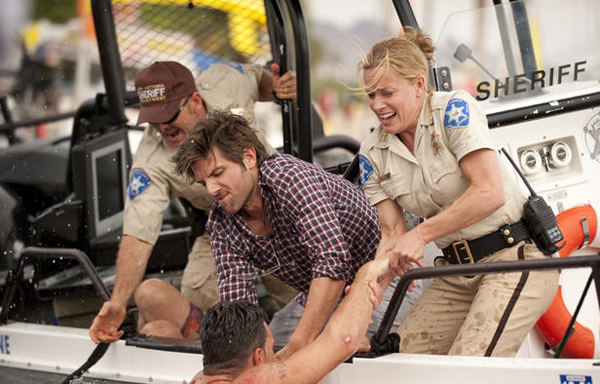 While enjoyment of a film is in the eye of the beholder, and a big, tasteless collection of 3D nudity,  near-nudity, and violent, gory death by lousy CG and uncomfortable cameos by Richard Dreyfus (reprising his role as Matt Hooper from Jaws no less), and Christopher Lloyd (Clue), are all you wanted, the film delivers.  If you wanted to care in any way about anyone in the film, wanted to avoid boredom while watching it, or if you wanted some actual humor (free from near toxic levels of hypocritical mean spirit, as a bonus), you will be disappointed.  By the time the big “Spring Breakers ignore warnings and die at the hands of piranha schools” scene (complete with a typically loathsome cameo from Eli “Quentin Tarantino’s less talented, restrained and attractive brother” Roth (Cabin Fever) and the bulk of the gore the film delivers) ends I was ready to leave the theater to avoid sitting through the anti-climatic rescue of the sheriff’s children from Derrick’s sinking boat. 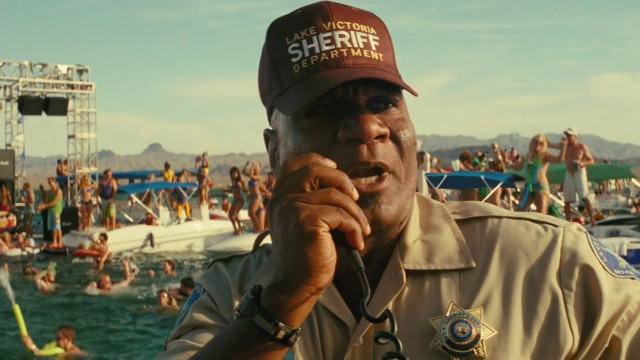 "Well, I didn't write that "pride fucking with you" line, just get me out of this production."

If only I had, as this sequence is just as uninspired as the rest of the film.  Especially disappointing  was how Adam Scott’s geologist, arguably the only character that showed any spark of life-more from Scott’s performance than from anything found in the script-gets killed in the film’s ludicrous “It’s Not Over” moment.  Kelly Brook’s Danni, who is arguably a better, more honest person than Jake’s crush Kelly, gets killed for no reason other than the fact that she “acts” in cheesy nudity videos.  Let’s go down the checklist:  unlike Kelly she is always nice to Jake, she’s nice to Jake’s kid siblings, she gets Jake a job, she never gets herself menaced, she’s not whiny, she doesn’t hang out with guys who throw slushies at Jake, she doesn’t get too drunk and throw up, she doesn’t go on a ship to cock-block a guy who she’s been keeping hanging for an unspecified length of time.  Kelly, however, gets a heroic rescue, while Danni gets eaten by piranha as a distraction to save the rest of the family.  This, and Ving Rhames absolutely brain-damaged “last stand” against the piranha, makes the film feel like a throw back to the worst of the old horror “rules”-anyone who does anything sexual has to die, the black guy has to die, and so on-but with an even more hypocritical edge on the film.  What’s worse is that the traditional “heroes come up with a plan to destroy the creatures” is replaced by “heroes fail to do  anything but kill a few fish”.  Maybe this would work if it was played right, but here it just feels like a lazy refusal to come up with an ending. 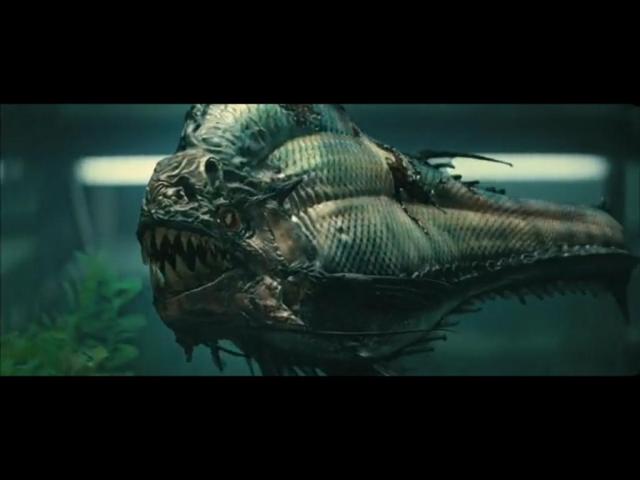 The real hero of the film

What’s wrong with PG-13 horror films is the same thing that’s wrong with this one.  The problem is not that they lack nudity or gore, it is that they lack anyone talented enough, or who cares enough, to create any more than the absolute lowest requirements of the sub-genre.  William Castle, Curt Sidomak, and Roger Corman did far more with even more restrictive rules than the PG-13 horror films face, and this film, which is as unrestricted as a general release can get, manages to do nothing with that freedom beyond a few gross-out gags and a lot of nudity than you can find abundantly online for free, in several cases from the same actresses that provide it there.  The mean-spirited, hypocritical vibe of the film’s humor, which seems to hate the prospective audience rather than embrace it is an insult to the original film, which masterfully balanced black comedy and the expected elements of an R-rated Jaws knock-off.  Of course, that film was directed by Joe Dante and written by John Sayles, and this film is directed by Alexandre Aja, known for bad remakes and bad twists, and written by Josh Stolberg and Pete Goldfinger, the writers of, I never thought I’d write this, the superior (to this film, anyhow) Sorority Row, which sported a similar mean-spirited, “kids are assholes” vibe.  How telling is it that in the 1970s the heroes are up against the military-industrial complex to warn campers and vacationers and in this one kids don’t listen to the authorities when a natural disaster strikes?  In the 2010s, we blame the victims. 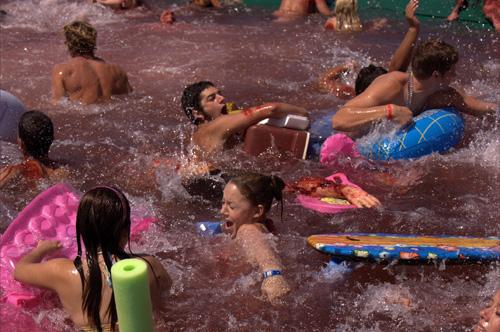