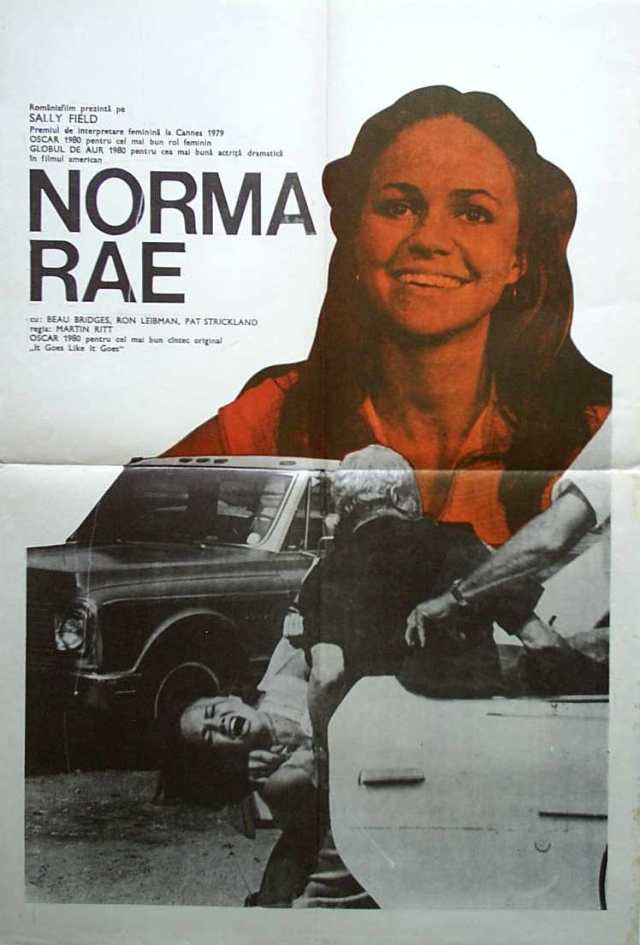 Norma Rae (Sally Field, Forest Gump) is a single mother of two working at a textile mill along with her father Vernon (Pat Hingle, Hang ‘Em High) and her mother Leona (Barbara Blaxley).  Norma has a big mouth and a strong will, which gets her a reputation and a fair amount of trouble in small town Alabama.  When union organizer Reuben Warshowsky (Ron Liebman, Rhinestone) arrives, Norma Rae is the first worker who joins and becomes the leading force in unionizing the mill, at the same time balancing a romance and new marriage to single father Sonny (Beau Bridges, Village of the Giants).

Norma Rae and her momma

The plot of Norma Rae is relatively simple, a straight forward trip from Norma as a no-nonsense single mother that’s fed up with the bullshit in her life to Norma as a fired up fighter for the union and for herself.  That simplicity doesn’t make the film any less of a rousing one, especially with Sally Field giving her all in an Oscar-winning role.  Field isn’t the only one giving a good performance; Ron Liebman, who’s more known for terrible comedies, gives a fine performance here as the dedicated Reuben.  If the character himself reeks of  1970s stereotypical “New York Jewish Intellectual”, blame the script by Harriet Frank, Jr. and Irving Ravetch (who mainly wrote Westerns like The Cowboys), not Liebman, whose perfect for the part.  The rest of the cast is also quite good, with many recognizable faces filling out the cast.

The story has powerful moments, though many were cribbed from the real life of Crystal Lee Sutton, the North Carolina single mother/mill worker turned union organizer whose life the film was inspired by.  Frank and Ravetch’s additions, such as turning Sutton’s mentor, 55-year-old Western Pennsylvania ex-coal miner Eli Zivkovich into a younger and more familiar New Yorker to create an odd, near love triangle between Norma Rae, Sonny and Reuben, are entertaining but are also predictable (and at times cringe worthy) and distract from the very moving, real story.  These additions, while disappointing, don’t detract much from the picture.  The locations (especially the working textile mill) give the film a strong sense of place and verisimilitude, allowing the viewer to imagine just how hard a long day at that mill can be, and the film, in line with when it was made avoids the trap of turning Norma Rae into a traditionally glamorous figure, even if the casting of Sally Field makes her an attractive one. 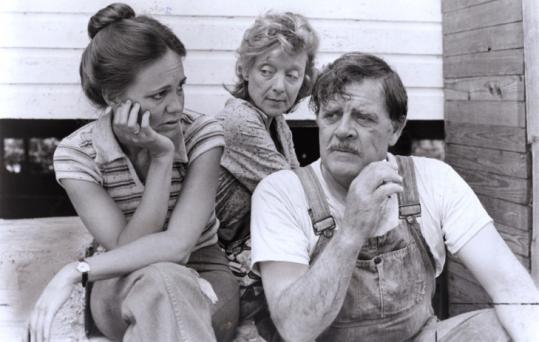 Norma Rae is something you’re unlikely to see in today’s political and entertainment climate:  a triumphant Hollywood film about a working woman speaking up and demanding what is right and getting it, by organizing a union.  Well worth a look if you get the chance.