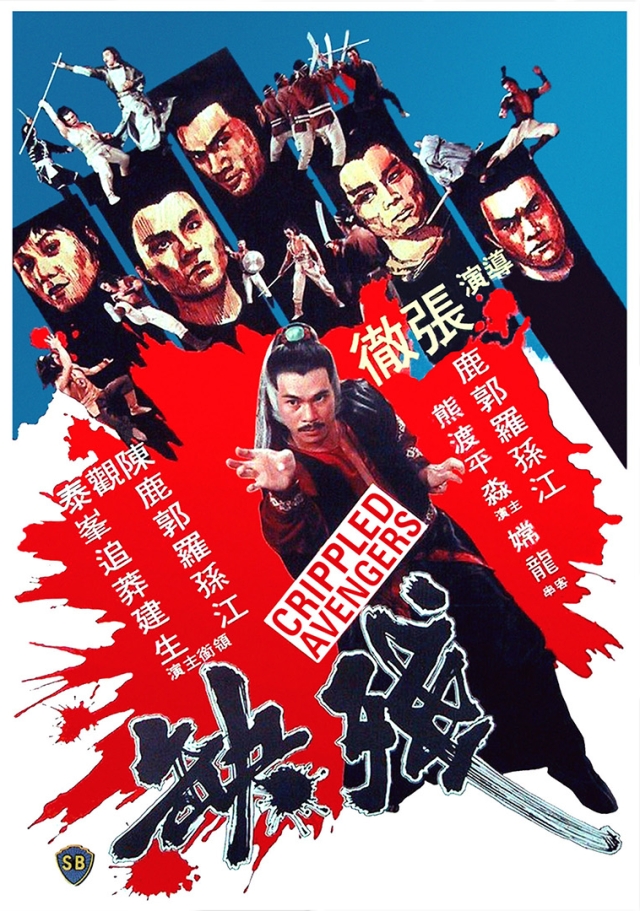 What It’s About: Three men show up at warlord Tu Tin-to’s (Chen Kuan-tai) compound and find him “far too arrogant”.  Since Tu Tin-to is not home, one of the men has the bright idea to “Cut off his wife’s legs…and his son’s arms”.  A normal film might be about the armless and legless mother and son team finding these men and getting revenge on them, but it turns out that the experience turns Tin-to and his son (Lu Feng), now equipped with steel hands that “also shoot darts”, into a pair of total bastards, and the father/son team cut off another man’s (Sun Chien) legs, blind and deafen two other men (Philip Kwok Tsui and Lo Mang), and turn a fourth (Chiang Sheng) into horrendously Odious Comic Relief (TM Dr. Freex Industries) via brain damage.  The group finds a teacher who instructs them in the fighting arts and soon the men are confronting Tin-to and  his son.

Why Watch it Today?: The American Disabilities Act was signed into law today in 1990.  The heroes (and villains, really) of today’s film are the equal, and often better, than any temporarily-abled individual they come across.  Crippled Avengers is a wonderfully entertaining Shaw Brothers kung fu film with the added hook of all those iron hands and feet and special training to overcome disabilities.

Where to Get It: Netflix, Amazon