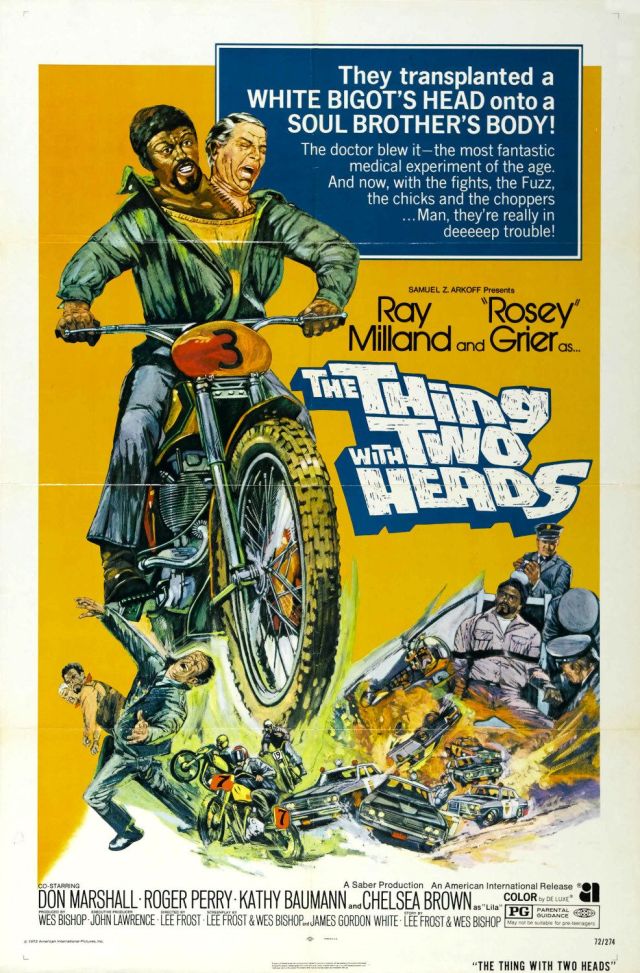 What It’s About: When the brilliant but racist Dr. Kirshner (Ray Milland) is dying, he plans to transplant his head onto a donor’s body.  There’s just one problem:  the only available donor is Jack Moss (Rosey Grier), a black death row inmate.  Kirshner plans to remove Moss’s head once he is fully attached to Moss’s body, but things never seem to go according to plan…

Why Watch it Today?: Today is National Minority Organ Donor Day, but don’t let worries of having to live with Ray Milland’s head attached to your body deter you from signing up to donate your organs.  The Thing with Two Heads is a bizarre, tongue-in-cheek and occasionally hilarious mash-up of the Two-Headed Monster sub-sub-genre (really, there are at least 3 of these flicks) and the “racist learns to get along with the minority he hates when he is forced to go on the lam” sub-sub-genre (think The Defiant Ones).  The effects are ludicrous, the premise outlandish, and the film is peppered with enough amusing and absurd moments to hold the viewer’s interest.

Where to Get It:  Netflix or Amazon