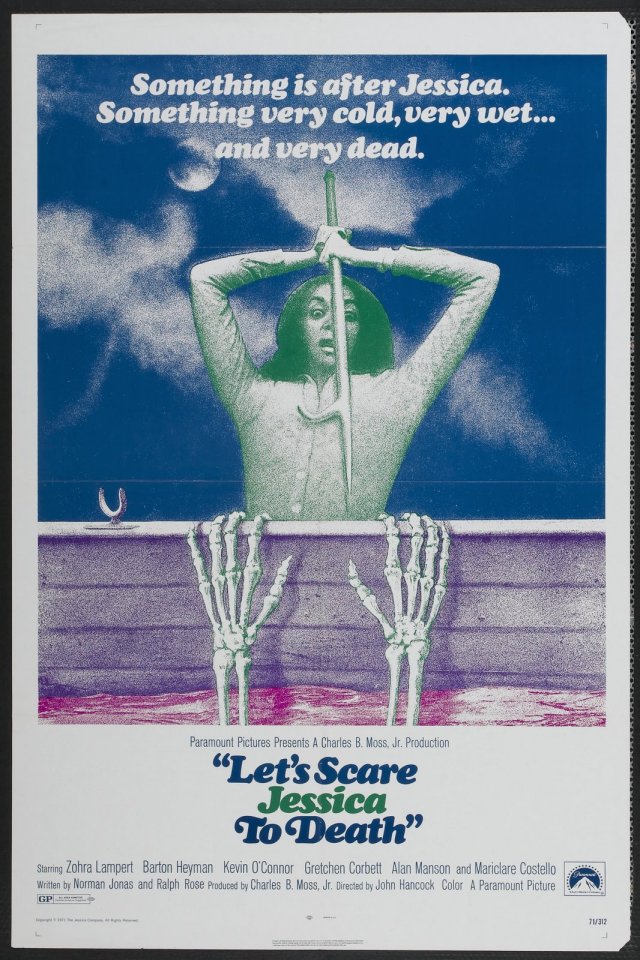 What It’s About:   When Jessica (Zohra Lampert) is released from a mental institution, she accompanies her friend Woody (Kevin O’Connor) and her husband Duncan (Barton Heyman) to the house and orchard in Connecticut Duncan purchased to escape New York City. When they arrive they find the house occupied by Emily (Mariclare Costello), a wandering free spirit.  The group invites her to stay with them for a while….

Why Watch it Today?:  I am a proud son of Connecticut, which entered the Union today in 1788.  Last year we celebrated Connecticut’s statehood with an infamously bad monster movie shot in Stamford; this year we offer this criminally obscure gem.  Let’s Scare Jessica to Death was filmed in Essex, Chester and Old Saybrook, pretty, old towns along the Connecticut River in the southern half of the state.  The film’s director and co-writer, John D. Hancock, makes the most of his primary locations (an old Victorian home, an old ferry, a lake, and a small farm and orchard), and limited budget, focusing on creating atmosphere and mood (enhanced greatly by the early electronic score and excellent sound design), building suspense for his scares, while the script artfully plays with clichés, keeping up its misdirection until the ambiguous ending.

Where to Get It:  Watch online at iTunes or Amazon,  Netflix (DVD)

The trailer:  Warning-the trailer is VERY spoiler heavy.  Unless you’re on the fence about seeing the film, I would suggest skipping it.