The year is 1999. Christopher Proctor (Ray Wise, X-Men: First Class) works for Condor, an international anti-terrorist/crime fighting organization based in L.A. Master criminal Black Widow (Carolyn Seymour, Zorro, the Gay Blade) breaks out of prison and uses her knowledge of government computer codes to hijack the L.A. police’s inexplicably heavily armed helicopters (seriously, why would police helicopters need enough firepower to destroy factories?) and demands 25 million dollars. Proctor tries to find the location of the Widow while dealing with the new partner his boss Cyrus Hampton (Craig Stevens, The Deadly Mantis) assigns him: Lisa Hampton (Wendy Kilbourne, North and South), an emotion feeling android created by Cyrus. Can Proctor find the Widow and stop her before it’s too late? Will Proctor accept his android partner? Will Condor get picked up by a major network? You can find many oddities on Netflix Instant, and Condor is one of them-the pilot for what amounts to the marriage of a standard 80s crime fighting show like Knight Rider with Blade Runner. There’s not a terribly strong reason for Condor to be set in the future-Proctor does nothing to distinguish himself from a hundred other 80s action show protagonists, and the “mismatched partners” aspect of the show could be set in any time. You could argue that the show is set in the future to justify Lisa being an advanced android; but if Michael Knight can have a car with advanced AI in the 80s, why bother setting Condor in 1999? The chief impact is to give us background “THE FUTURE!” moments-chiefly, Proctor’s car with built-in autopilot , lots of shots of 3 wheeled cars tooling around, helicopter drones and lasers with stun settings instead of guns. That last one is actually fairly brilliant, since 80s TV’s allergy to people actually being shot by the good guys lead to some fairly ludicrous things, like the entire run of the A-Team, in which our heroes fired off thousands of rounds of ammunition without killing anybody. Certainly the attitudes are pure 1980s; it’s hard to imagine a show made in 1999 where a cop has such trouble working with a woman partner. While some of the effects shots and props are decent (for 1980s TV), the background and clothing are very 1986. 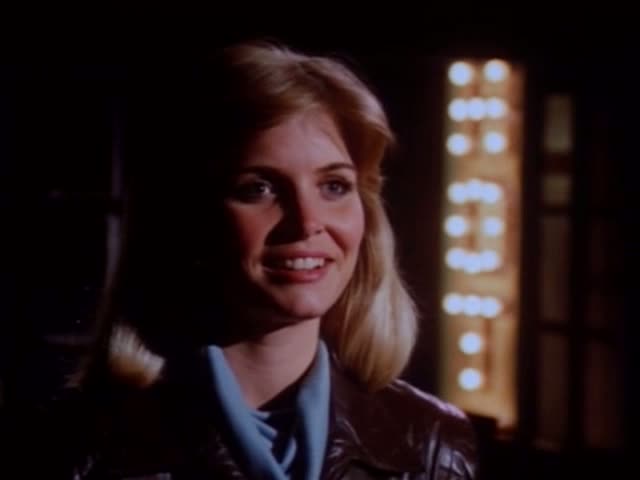 With the sci-fi elements poorly realized, the viewer is left judging Condor on the merits of its plot and acting, which are low-end 1980s TV from start to finish. Proctor is an old-fashioned cop/private eye type who doesn’t trust technology. Lisa is an eager and capable but green and streets smarts lacking robot. Together they fight crime! The Black Widow is your typical villain of the week, even if she does have a “personal” score with Proctor. There’s even a trip to an informant, who is named, of all things, Manny (in the 80s my brother and I would joke about how in any given group of hoods there was always one named Manny). Perhaps if Orion’s TV division had actually sold this one, over time the presence of Ray Wise and the sunnier Blade Runner vibe would develop into something memorable; as it is Condor is just a poorly paced and fitfully amusing oddity available now on your Netflix dial.