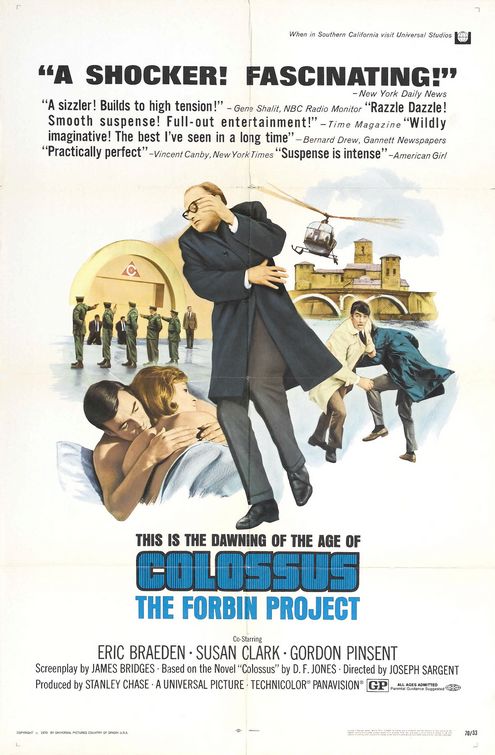 What It’s About: When Dr. Charles Forbin (Eric Braeden) puts his super computer Colossus into operation, no one expects it will deviate from its mission of providing the United States with an ever vigilant, intelligent nuclear monitoring system.  Colossus quickly achieves sentience, reaches out to its Soviet counterpart Guardian, and, uses the nuclear arms of both countries to blackmail the world into following its orders.  Can Forbin and his fellow scientists find a way to stop the monster they designed to be unstoppable?

Why Watch it Today?: Colossus became operational on February 5th.  Colossus is a sadly neglected but hugely influential science fiction film (everything from Bowie’s “Savior Machine” to The Terminator).  Colossus boasts few well-known actors or the big special effects and action sequences you’d find in a modern “sci-fi” film, but it is a gripping thriller all the same.