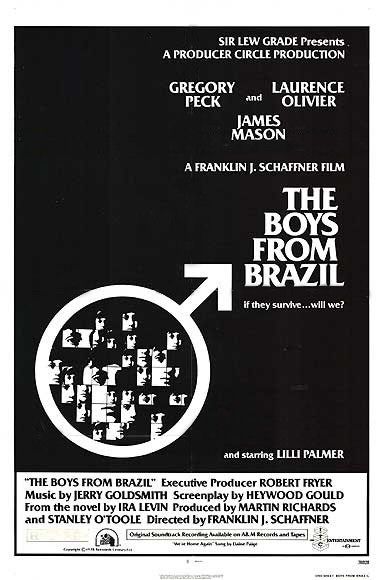 What It’s About:  Nazi hunter Ezra Lieberman (Laurence Olivier) gets wind of a plot of Nazi expatriates.  Can he unravel the true nature of the plot-and stop it-before it is too late?

Why Watch it Today?:  Joseph Mengele, the Nazi war criminal infamous for his horrific experiments on the prisoners of concentration camps, died on this date in 1979 of a stroke while swimming in Brazil (although his death wasn’t confirmed until 1985).  The outrage (and unease) generated by Mengele being at large was tapped into by writers many times, here by Ira Levin.  While the film simplifies and lessens the impact of Levin’s excellent thriller, there are still plenty of chills to be had, and the film features an excellent cast, including Gregory Peck, cast against type as Mengele.