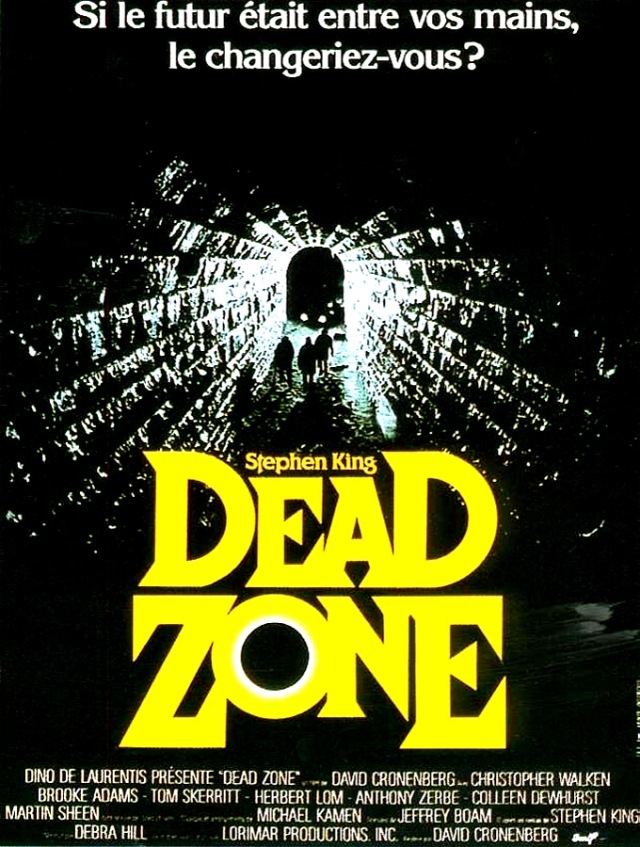 What It’s About: When Johnny Smith (Christopher Walken) emerges from a coma after a near fatal car crash, he’s changed in one vital way:  he’s able to see things about people-their past, futures, and present-when he touches them.  After his attempts to use his gift back fire, he becomes a recluse-that is, until he meets populist politician Greg Stillson (Martin Sheen).

Why Watch it Today?: Lead Christopher Walken was born today in 1943 in Queens.  Walken is most known for his long career of wonderful, out there cameos and supporting roles, but here he plays the lead in one of the better adaptations of Stephen King.  While it is not a full-fledged classic, it is good to see Walken before he became a “funny/creepy/weird” cameo king.

Other Choices: Walken is wonderful as Leonardo DiCaprio’s father in Catch Me if You Can; and as an over-the-top bad guy in The Rundown.