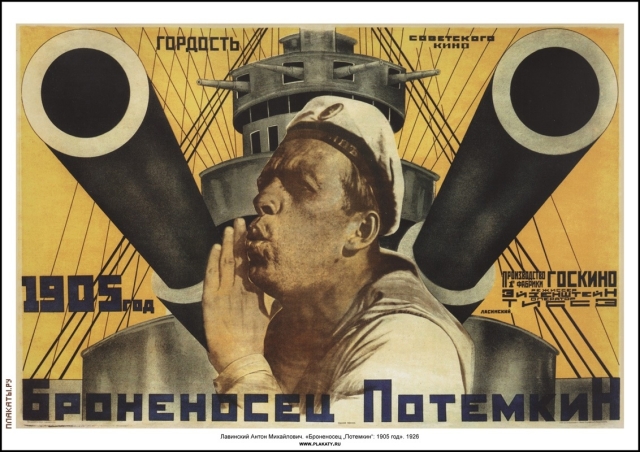 What It’s About: When the men of the battleship Ptoemkin are served rancid meat, the resulting protest, and treatment of the protesters by the ship’s officers leads to mutiny, and uprising in Odessa, and the brutal suppression of both by Tsarist forces.

Why Watch it Today?: The real mutiny began today in 1905.  Battleship Ptoemkin was ground breaking Soviet director Sergei Eisenstein’s second (and even better known) feature film after Strike, one of the greatest and most influential silent films.

Where to Get It:  Watch it free at the Internet Archive