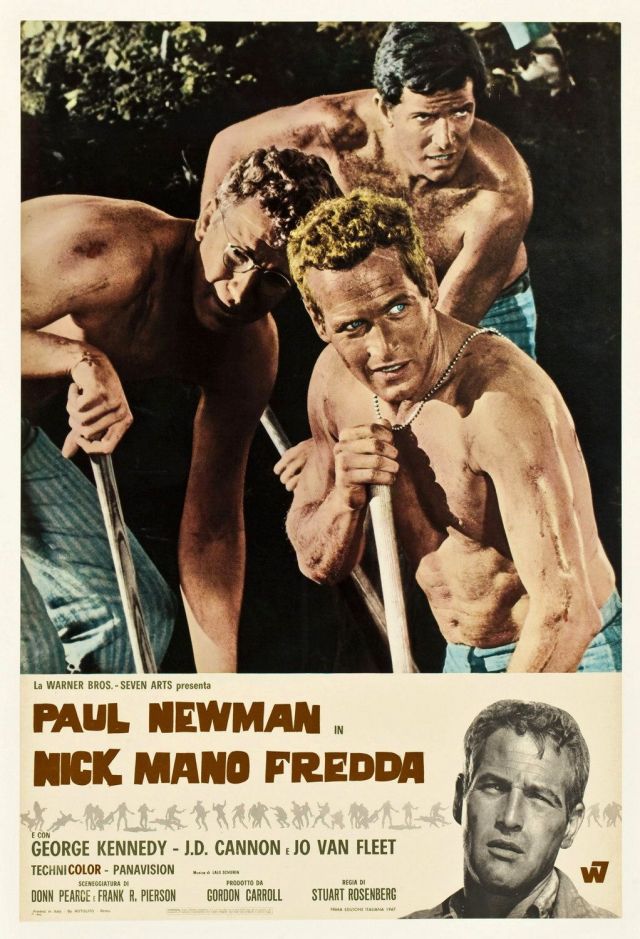 What It’s About:Luke (Paul Newman) is imprisoned in a Southern prison and forced to work on a chain gang for cutting the heads off of parking meters.  He slowly wins the admiration of the other inmates-and the scorn of the guards-with his non-conformist ways.  Can the guards break Cool Hand Luke?

Why Watch it Today?:  Cool Hand Luke is one of the iconic roles of Paul Newman, who died on this date in 2008.  The film surely influenced many of the prison films that followed it and is much-loved for Newman’s performance and much referenced moments that are often delivered by its wonderful cast of character actors.  If you’ve always wondered where “What we got here is…failure to communicate” came from, watch today’s film and wait for Strother Martin to arrive.