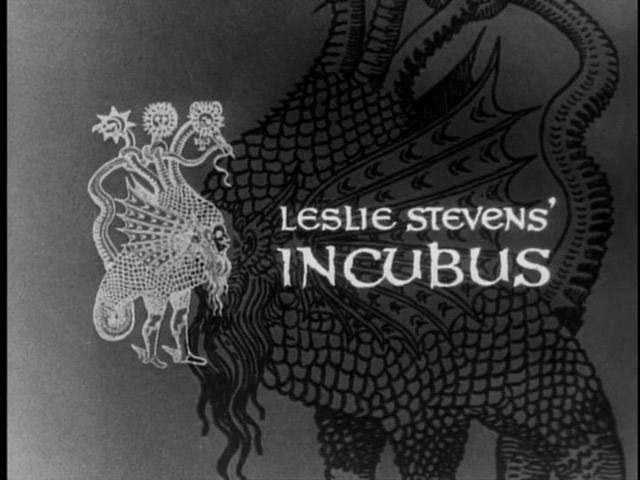 What It’s About:   Succubus Kia (Allyson Ames) attempts to corrupt the soul of Marc (William Shatner), but when she fails she summons an Incubus (Milos Milos) to strike at Marc’s sister Arndis (Ann Atmar).

Why Watch it Today?:   Today is the birthday of L. L. Zamenhoff, the creator of Esperanto, the artificial language spoken in today’s film.  Zamenhoff hoped that Esperanto would unite the world, but here Esperanto is used to make the film feel otherworldly.  The device succeeds, to a degree, but also enhances the feeling that Leslie Stevens, one of the creator’s of The Outer Limits, sought to emulate foreign art films, particularly the work of Ingmar Bergman.  The mix of Bergman elements with California locations, 1960s television sensibilities, relatively unknown actors (Incubus was filmed pre-Star Trek)  results in a strange and compelling, if not necessarily good, film.