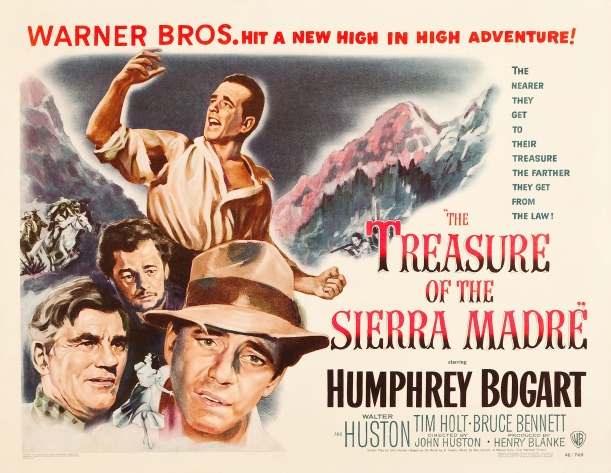 What It’s About:   Fred Dobbs (Humphrey Bogart) and Bob Curtin (Tim Holt) are down-on-their luck Americans looking for work in Mexico.  When a lottery win gives them the means, and old-timer Howard (Walter Huston) gives them the knowledge, the men set out to the Sierra Madre to prospect for gold.  Surviving the harsh mountains, bandits, and the dangers of mining will be difficult, but the greater trial will be one of character:  can the men remain allies and friends in the face of The Treasure of the Sierra Madre?

Why Watch it Today?:  Composer Max Steiner died today in 1971.  Steiner was the composer for many classics, including The Searchers, King Kong, Casablanca and today’s film.  The Treasure of the Sierra Madre is one of the all time best adventure films, with great performances from its three leads anchoring a character study that follows how striking it rich effects each of the main characters.