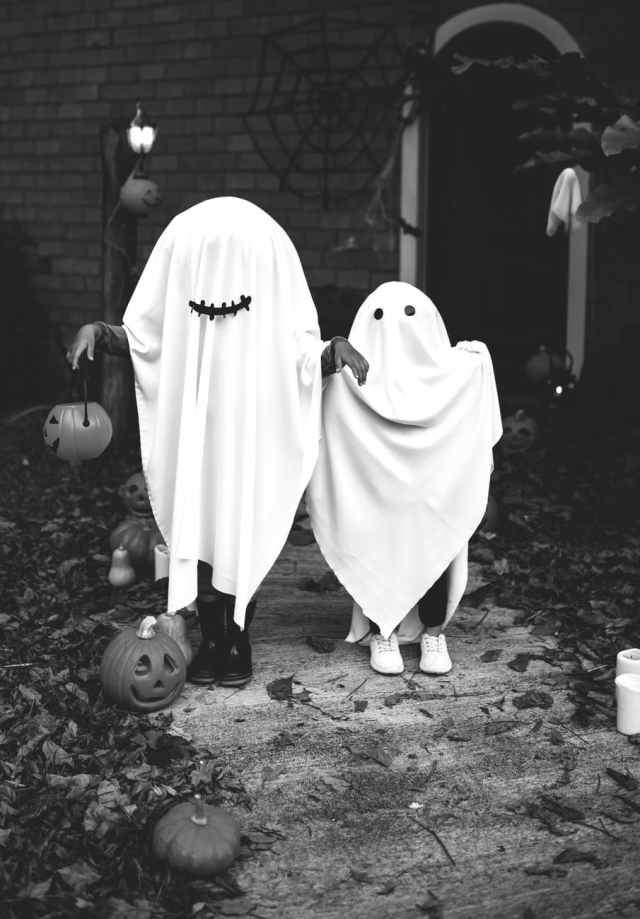 Photo by rawpixel.com on Pexels.com

So one victim of my usual deadly combo of Fall being my busiest season professionally and personally was my apparent belief I should put this in weeks to break it up-and not thinking about the actual day of the week but just posting this stuff in seven day blocks.  That was probably lunacy but I’m just gonna roll with it-at least this year the first seven days did go Monday-Sunday, which is one way to look at the week, right?

October 8th: The kids wanted a “movie night” and it was the earliest Columbus Day possible, so we gave them Curious George: A Halloween Boo Fest. Provided you like Curious George, this is a wonderful way to spend an hour, as it packs in a silly folk tale (No Noggin, a kid-friendly version of the Headless Horseman who steals hats rather than heads), a costume party, a Halloween fair, and a mystery in which George uncovers the harmless origin of the No Noggin myth.
https://player.pbs.org/viralplayer/2365086762/ 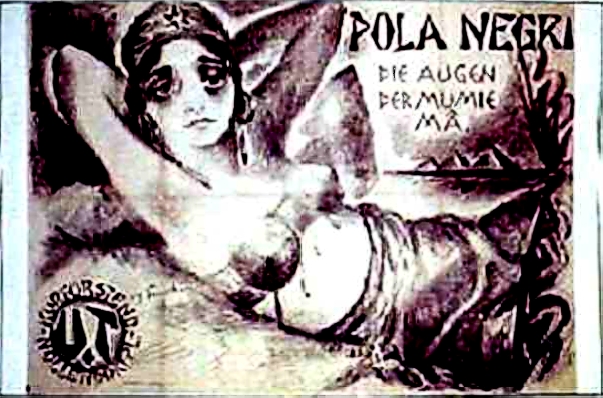 Die Augen der Mumie Ma aka The Eyes of the Mummy has been on my list for years, mostly because it’s an early example of a horror movie (or at least sometimes it’s considered a horror movie) with an Egyptian theme.  Here there is no actual immortal Egyptian sorcerer or immortal mute Mummy walking around killing people at the direction of a mortal Egyptian sorcerer or curse *.  Instead we get a possibly not supernatural at all mesmerist who has dominated a waif and forces her to participate in his scam of luring European dandies into a tomb he has “discovered.”  When the milquetoast is least expecting it, she emerges as the living “mummy” of the tomb and he faints, allowing the pair to rob the men blind.  Fortunately for the plot of the movie, the lead is a tough…painter…who carries a piece and saves the waif, bringing her to England so he can keep saving her from being…Egyptian?….and allowing her to…dance her sexy native dances?  The mesmerist follows and tragic melodrama ensues.  Between the black face on future Nazi darling Emil Jannings and the clunky plot this 1918 film is terminally dated and I wouldn’t advise seeking it out (even if I’m going to post the whole movie right here because I CAN).

October 9th:  After reading Sara Century’s piece on Lois Weber’s Suspense (1913) and its place in horror/thriller film history on SyFy Wire (thanks Cultural Gutter!) I decided to watch this seminal short and was not disappointed. It lasts less than ten minutes and you can see how long the grammar of the home invasion has been in film.  Plus there are shots with 3 screens going on at once and a little slapstick to lighten the mood around a woman and her child being menaced by a dangerous tramp!

I also listened to “Timber” by John Galsworthy, which I found surprisingly low-key but very creepy.  It is a tale of a man, his family stands of timber, and an unfortunate walk after he sells it for a wartime high price.  I also listened to “The Squaw” by Bram Stoker. I’d heard this adapted as “Cat’s Cradle” on The Price of Fear, but the original has a brutal parody of Americans added to the grotesque events.  Finally there was one of my old favorite Old Time Radio episodes, Murder at Midnight‘s “The House Where Death Lives”, which sort of prefigures The Shining.

October 10th: The unintentional theme of the first third or so of my October viewing turned out to be Mummies (but not legendary late 80s punk garage band THE Mummies or these later-day Here Come the Mummies jokers) , bad archaeology, and the destruction of the Maya in dramatic ways.

Caltiki Il Monstro Immortale aka Caltiki, the Immortal Monster features a blob from space that just happened to be contained in a mummy of sorts. Released by a bunch of melodramatic assholes including a jerk who looks like Hemingway and two couples in the middle of a love quadrangle (Gerard Herter, one of those assholes, plays a great German duelist gunslinger in The Big Gundown and he just didn’t look right without a cloak, old timey mustache and monocle), the monster turns out to be growing in connection with the appearance of a comet…which last appeared when the Maya were destroyed.**  Can it be stopped? And can I avoid thinking about how Herter’s creep breaking in and menacing the female lead and her child plays out nearly exactly like the creep breaking in in Weber’s Suspense? (Yes on one, no on two.)  Caltiki is a decent but it is certainly fun for the sheer random it contains (bad archaeology, geology, radiology, astronomy! An escaped lunatic killer infected by a blob monster! Flamethrowers! Model flamethrower tanks! Voodoo dance sequence-and voodoo dancing in Central America for some reason! Gore in a 1950s movie!).

I also listened to “Martin’s Close” by M.R. James, which is a fantastic traditional ghost story, “Caterpillars” by E. F. Benson, the weakest story in the audio anthology I was listening to, and “A Tale of Terror” by Thomas Hood, which was pretty damned funny.  Hood apparently wrote it very quickly to pad out an issue of a literary magazine headed to the printers and, well, once you know that back story (and that he was most often a humorist) it’s a very enjoyable tale. 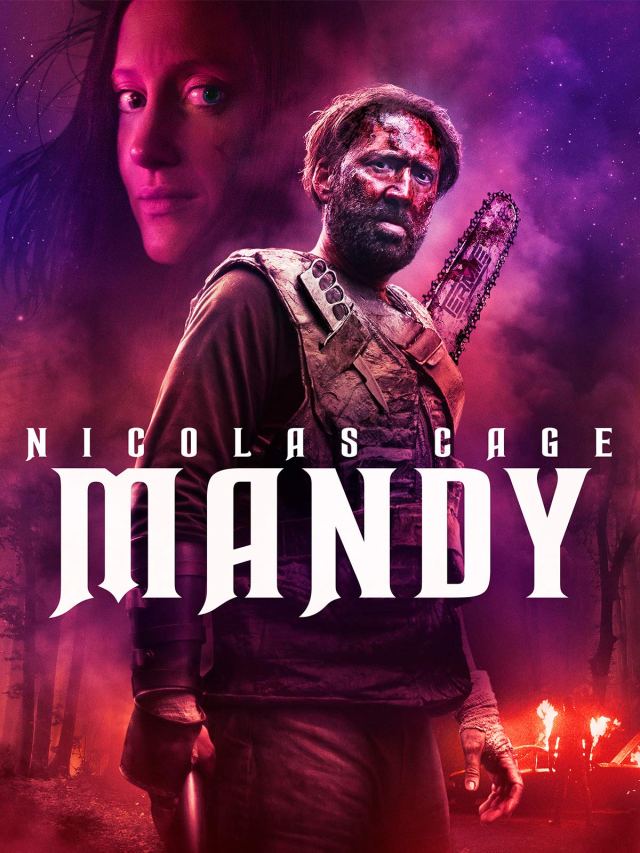 For a hot minute it looked like SSMG: Shocktober Night II was going to be an all Nicholas Cage night with Mandy and Mom and Dad, but in the end we dumped Mom and Dad for 2009’s The Loved Ones, an Australian import.  The Loved Ones is about a guy who says “no” to the mousey seeming girl at school who asks him to a dance (he’s already going to with his girlfriend), only to discover that she (and her father) do not take no for an answer.  Movies about people being abducted and tortured are generally not my favorites but this one had enough unexpected twists and turns (and was plotted out so well to work like clockwork) that I ended up enjoying the heck out of it.

Mandy, on the other hand, was a movie I started out suspicious of because I did not enjoy Panos Cosmatos’s earlier film Beyond the Black Rainbow.  Many friends convinced me that this was going to be different, and it was, in that Nicholas Cage did keep me interested for the first half.  I”m starting to think that maybe the SSMG is too old to keep having double features on weeknights that end around midnight.  Maybe I’ll try having more caffeine and less alcohol during them.  Mandy isn’t a bad movie, but it also wasn’t for me, but that’s fine.

Inspired by my old friend The Snork Maiden’s working on a design project centered on Frankenstein and a piece I read at The Cultural Gutter years ago I decided it was time to finally try to read the original science fiction novel again.  I first tried to read Frankenstein when I wasn’t ready for it, gave it another shot when I was still not ready for it, but it turned out that listening to it was the right choice-the 19th century language listens a lot easier than it has read for me.

October 12th:  We showed the kids The Legend of Sleepy Hollow segment from The Adventures of Ichabod and Mr. Toad and it was a big hit-I especially enjoyed watching the kids faces right at the point when the Horseman first arrives.  Their eyes have rarely been so open.

The Baroness and I also finished off Hallowe’en Party, and I was struck this time by just how high the body count was on it, to the point I was wondering how many murders appear in Poirot stories (in the books themselves the answer is apparently 53).  We also dug out the Halloween decorations and put them up and I found out the kids now both love the monster magnet set I got as a Christmas gift from the Baroness many moons ago. Lil’ Baroness decided to blow kisses to Gentleman Pumpkin.

October 13th:  We watched The Wind in the Willows, or at least the Disney version of it…not sure if it counts but I’m going to count it, along with a Bugs Bunny short I’d never seen before-1961’s The Abominable Snow Rabbit, which pairs a Bugs and Daffy race to get the other guy killed by a hunter set up with a version of the Yeti. It’s not as good as some Bugs/Daffy set ups but there’s enough worthwhile moments that you should check it out if you’ve never seen it before.

October 14th:  I showed the kids the classic “Hare-Raising Hare” Bugs Bunny short that includes Gossamer, the giant orange monster in sneakers. We followed it up with “Haredevil Hare”, the one that introduced Marvin the Martian.  We also took them to the farm we used to have a CSA at so we could pick out pumpkins and buy some kettle corn and cider doughnuts.

Later I started up Black Water, which I’d seen part of an earlier evening this Fall.  It’s a well made movie, Open Water with a crocodile, but at some point I decided I couldn’t take watching the three character argue with one another until they all died horrible deaths and just skipped right to the Wiki entry.

Thus ends week two of this project…I hope I’m going to make it to rest but we’ll see…Halloween is nearly upon us and there’s a lot to do before then.

*Both approaches were anticipated by Sir Arthur Conan Doyle in his short stories “The Ring of Thoth“and “Lot 249″.

** The Mayan Collapse wasn’t really as sudden or mysterious as people made it out to be when these movies were made but stop using your noodle and enjoy this trash!