Whatever else might be said about Steven Soderbergh, he is certainly willing to take chances.  The Girlfriend Experience is the more experimental side of Soderbergh, the side that gave us films like The Limey and Full Frontal and not his stylish but more mainstream films like Out of Sight and the Ocean’s films.  Unfortunately, although The  Girlfriend Experience is more experimental, using digital cameras and starring people more or less playing people in the same industry they are in (most famously porn star Sasha Grey playing a two thousand dollar an hour prostitute), it does not deliver a satisfying film.

Get used to this

The film is told in a non-linear fashion, cutting between the life of prostitute Chelsea (Grey) and personal trainer Chris.  We learn that they are a couple whose relationship is beginning to fall apart.  Chelsea is considering a weekend trip with a client she’s just met and feels connected to, while Chris goes on an expenses paid trip to Vegas with one of his clients, essentially to act as a the hot front man for the client’s rich asshole buddies.  Chelsea is also dealing with a journalist who wants to get to the “real” her (or is he just a client whose peculiar fantasy is to interact with her as a reporter?), various of her clients, her various business partners, who help her keep her finances in check and the creepy, sleazy escort critic that wants her to do what he wants to get a good review on his site. 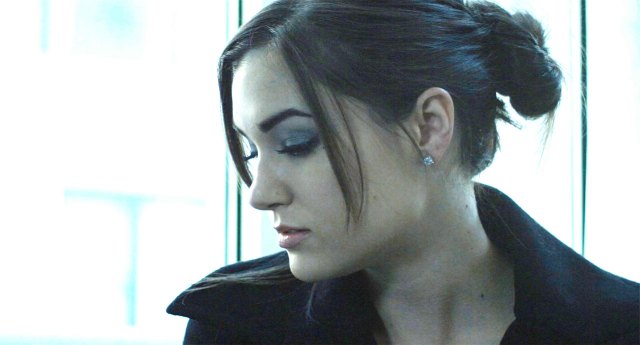 Seriously, get used to it.

While some of the point of the film is the banality and sameness of the clients that both Chris and Chelsea encounter, the film is focused almost sadistically on rich people and those who service their needs talking endlessly about the economy that’s going down the toilet and threatening to take their world (or at least these expensive servants) with it.  Their conversations are tiresome and wear on the viewer.  There’s also the oh-so-deep juxtaposition of the couples’ jobs that society considers so different, but which in fact share so much in common as well as that between their fading real relationship and the various paid substitute relationships.  Are they really that different?  Can either of them see through the bullshit?  Oh, and, in case you’re keeping score at home, the filmmaker wants us to know that critics are asshole parasites and that reporters are akin to intrusive Johns.

This is the whole movie.

The film’s look and structure is interesting and the actors are, perhaps unsurprisingly, good in their roles; one only wishes that Soderbergh (and his mostly amateur cast) was working from a better script.  As it is art-house clichés are trotted out, irritating people talk out of their asses about relationships and money and Chelsea slowly works herself into a corner revealing that she is not as in control as she thinks she is. The Girlfriend Experience is a disappointment (or perhaps I’m just a disgusting troglodyte as the film suggests I am).