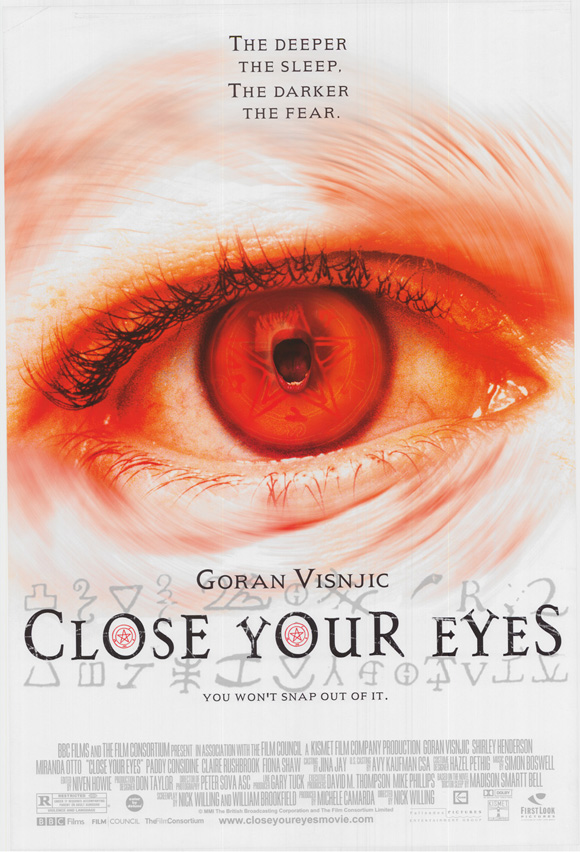 Michael Strother (Goran Visnjic, ER) is a hypnotist living in London with his daughter and his pregnant wife Clara (Miranda Otto, The Two Towers), and making a living treating smokers under the table.  When he treats policewoman Janet (Shirley Henderson, Trainspotting) he gets drawn into the police investigation of a series of child abduction murders.  Someone  has been kidnapping young girls, tattooing their arms with zodiac symbols and injecting them with blood of the wrong blood type, killing them.  One girl, Heather, escapes the killer, but will not talk, and Janet believes that Strother can reach her.  Everything isn’t what it seems with either Michael or Janet, however, and soon both are in way over their heads.  Can they solve the mystery before more murders are committed-and before the killer can complete his grand design?

Doctor Sleep, better known as Close Your Eyes is an odd film that feels a little like someone saw Being John Malkovich, remembered the earlier British film Nothing But the Night, and thought, “Hey, an update of this would make a great entry into the ever popular “cops in a deadly battle of wits with a genius serial killer” sub-genre. Then again, since the Madison Smartt Bell’s source novel came out in 1991, perhaps someone just dragged an old script out of their slush pile.  However it happened, Close Your Eyes is a mash-up of different styles and the fresh elements and approach (not to mention the very English crime drama TV show feel of the cop sections) help the film from feeling routine.  The CG enhanced flashbacks and visions of patients under hypnosis are a nice touch, and no nerd can avoid being at least a little amused that a war gaming dork  (played by Paddy Considine of Hot Fuzz) is Janet’s source of occult information.  Also refreshing is that Clara is never used to raise the stakes merely by being pregnant, nor does her pregnancy become part of the plot (she doesn’t go into labor, for example), and even though they are in a difficult place in their relationship, the film doesn’t go the easy route and embroil Martin and Janet in an affair, even if there is some flirtation. 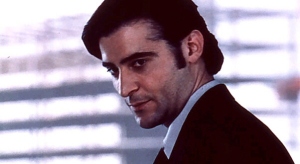 Will I always be playing Doctors?

The actors are all well cast and the film looks solid, if a bit like a high-end crime drama that received extra cash for the effects sequences.  Unfortunately the ending doesn’t quite manage to pack the punch it intends and is a let down, especially since the first act of the film is very intriguing and promises a less routine ride than the film actually takes us on.  Close Your Eyes is a curiosity rather than a must-see, a film that, for a times, promises to avoid being firmly generic, but at the same time fails to really capitalize on its strengths.