A routine day on the subway turns into a nightmare for the passengers of the 1:23pm train out of Pelham Station when four heavily armed men, calling themselves Mr. Blue (Robert Shaw, Robin and Marian), Mr. Green (Martin Balsam, Murder on the Orient Express), Mr. Grey (Hector Elizondo, The Fan) and Mr. Brown (Earl Hindman, Three Men and a Baby), hijack the train.  Mr. Blue’s demands are simple:  $1 million dollars, delivered to the car in one hour.  If the money isn’t delivered in an hour, they will kill a passenger every minute.  If anyone tries anything, a passenger dies.  Responding to the car’s call is Transit Authority cop Lt. Zachary Garber (Walter Matthau, The Couch Trip).  Garber keeps up communication between the authorities and with the hijackers, but all the while he tries to figure out what Mr. Blue’s next step will be.  Can he figure it out in time to catch the him?  Will any of the hostages make it out alive? 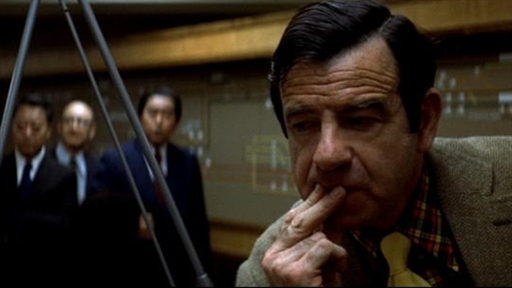 The Taking of Pelham One Two Three is a gripping thriller of the kind rarely made today.  One of its distinctive characteristics is the sheer level of detail we see-how the subway system works, the various levels of supervision in the city, from the angry area supervisor (Tom Pedi) all the way up to the flu-stricken, unpopular, and indecisive Mayor (Lew Wallace, Batman).  The dead man’s switches, the procedures the train conductors follow, the steps the police take, we see all of it, but without it ever feeling like too much exposition.  Mr. Blue’s plan, while detailed and exact, is orderly compared to the official response. 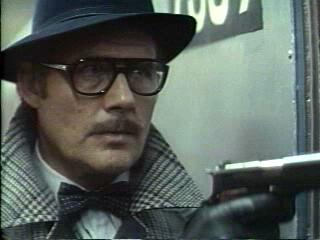 The cast is fantastic, from the unlikely schlub Matthau as the heroic lead to Shaw’s deliberate, precise, but deadly villain.  The supporting cast is loaded with character actors, including Tony Roberts (Popcorn) as the sardonic Deputy Mayor, Dick O’Neill (The Jerk) as the head of subway operations, Jerry Stiller (The Independent) as Garber’s comic relief partner, Doris Roberts (Everybody Loves Raymond) as the Mayor’s wife, and Julius Harris (Black Caesar) as the head of the police on the ground.  Every single one is perfect, and most characters have a funny or ridiculous moment.  The New York presented is the New York of the 1970s:  a bit tired and dirty, angry, outspoken, full of oddballs and ready to explode at anytime, and it’s the character actors who really sell it.  On the downside Mr. Blue’s escape plan is a bit pedestrian, and the way Matthau catches him seems a bit too easy, making the ending a bit of an anti-climax.  In a way, though, this fits the rest of the film-this is not a film of gleeful super criminals being pursued by ultra competent police officers, but a gritty heist/crime film with real people making real mistakes.  There are also too many lines and scenes revolving around the social changes of the 1970s; though they usually end in a comeuppance for the person being a racist/sexist asshole, the comeuppance just can’t come soon enough in some cases.  These are minor considerations, however.  The Taking of Pelham One Two Three was remade twice for a reason:  it’s an excellent thriller and a must see.