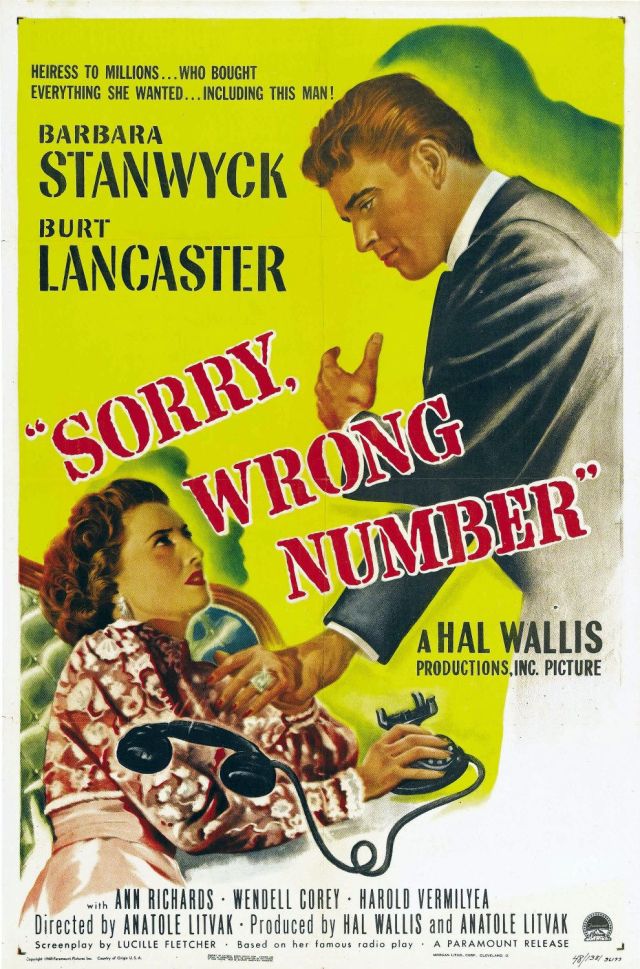 What It’s About: Leona Stevenson (Barbara Stanwyck) is a wealthy, nervous invalid.  One night when her husband Henry (Burt Lancaster) is working late, she overhears two men plotting a murder when the phone wires cross.  She will spend the night frantically trying to get someone, anyone, to listen to her before it is too late…

Why Watch it Today?: Barbara Stanwyck was one of the most flexible actresses of the 1940s, able to handle hard-boiled parts, dizzy dames in screwball comedies and even parts like this one which require her to be shrill and hysterical with equal aplomb.  She died today in 1990; what better way to remember her than with a film in which she is, more or less, the whole movie (and for which she received an Oscar nomination).

Where to Get It:  Netflix (rental only) or your local library You can also listen to the original (and repeat peformances with different casts) radio show that Sorry, Wrong Number was based on here.