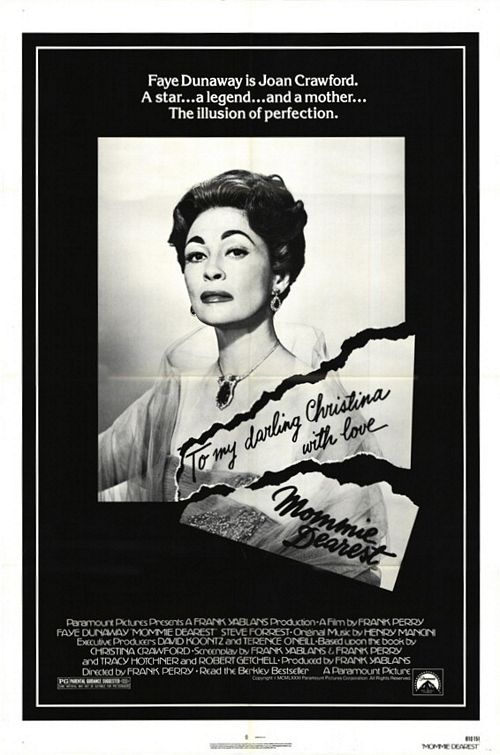 Joan Crawford (Faye Dunaway, The Eyes of Laura Mars) is at the peak of her career, but she wants a child and with the help of her lover, studio lawyer Greg Savitt (Steve Forrest, Amazon Women on the Moon), she is able to adopt a girl and a boy, even as a single mother.  The film examines Crawford’s abusive relationship with her daughter Christina (Mara Hobel, The Hand, as a child and Diana Scarwid, Psycho III as an adult)  from her childhood until Crawford’s death. 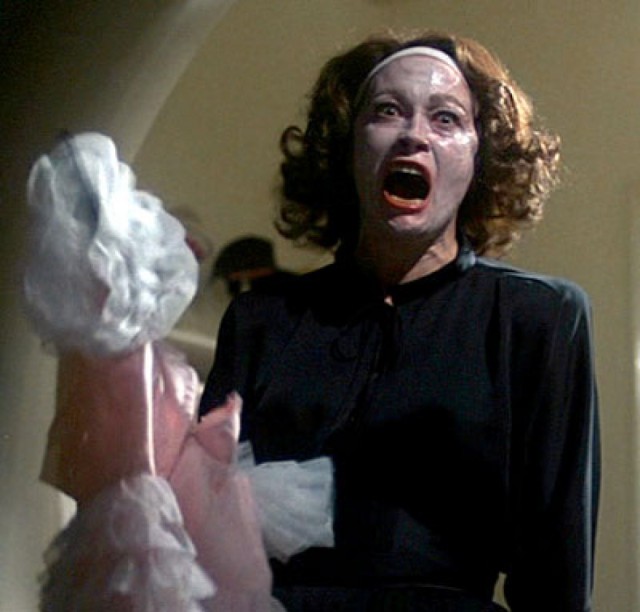 No wire hangers ever!

1981’s Mommie Dearest seemed to be perpetually on cable in the early 1980s, and several of its most famous lines, especially “No more wire hangers ever!” were often quoted and still recognized to this day.  Although the film is sometimes considered a camp classic, it is very difficult to see why.  Certainly there are a few scenes so insanely over-the-top that they move past being merely awful into comedy gold, but these handful of scenes hardly make up for the film’s faults, starting with its slow pace. 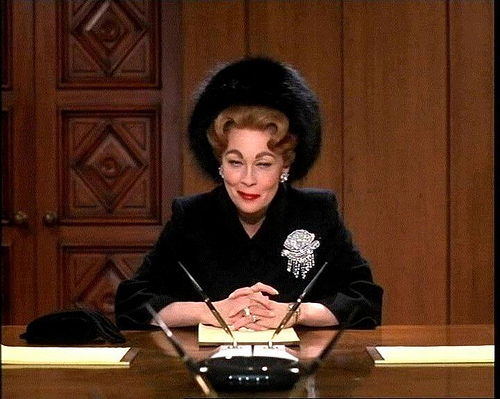 Don't fuck with me fellas. This ain't my first time at the rodeo.

More important is the film’s inability to commit to glorifying or condemning Crawford.  In many scenes we see the difficulties of Crawford’s life and that her intentions are good, if her methods insane.  Apparently events were occasionally changed from how they appeared in Christina’s tell-all book of the same name, and these changes often give sense to Crawford’s behavior, which was merely insane or abusive in the book.  One example is the scene in which Crawford demolishes her garden, asking the children to help, and, famously, asking Christina to bring her an axe.  In the book Christina claims this happened for no reason; in the film it’s a response to Louis Mayer (Howard Da Silva, 1776) breaking Joan’s contract.  Christina is almost completely unlikable here, both as a child and as an adult, and we’re given no reason to sympathize with her except for Joan’s monstrous methods. 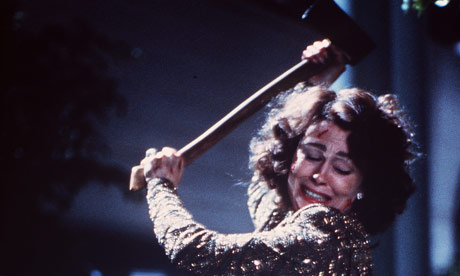 There is also the film’s style, including the hammy references to Joan”s films, such as the moment in which Dunaway raises an axe to chop down the trees, neatly replicating the poster for Strait-Jacket.  Director Frank Perry seems determined to create a “classic” studio look for the film, but merely succeeds in making it look cheap, like an awful made-for-TV biopic rather than the mainstream release of an adaptation of a best-selling book.  The supporting cast play into this, dividing between hams like Da Silva and wooden TV regulars like Forrest; Dunaway alone is acting here, and she does give her all, for what it’s worth, making the few scenes were the film really let’s loose into a mix of genuine horror and laugh out loud comedy. 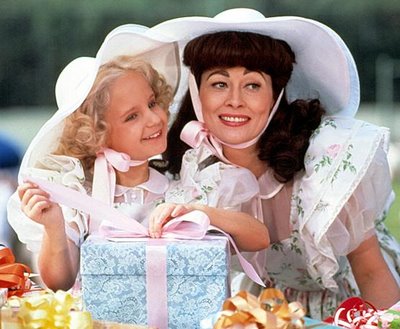 Dearest is best left unwatched, a confused film that can’t decide if it’s gleeful character assassination or a very strange rebuttal to the book.  More importantly, it commits the worst sin a movie can commit:  it’s boring.  If you do watch it, be sure to get your hands on the Hollywood Royalty edition, which features a commentary track by John Waters.  Waters is quite amusing, alternating between facts about Dunaway, Crawford, and the production and delivering lines like “There aren’t many comedies about child abuse.”