Nim was a chimpanzee raised among humans as an experiment by Professor Herbert Terrace.  The objective was to see if a chimpanzee could be taught real language skills by raising it in a human family and teaching it sign language from its earliest days. Unfortunately for Nim, the project was as poorly run as it was conceived.  Professor Terrace didn’t take into consideration the difficulty of raising a wild animal inside first a newly formed “Brady Bunch” style composite family of two parents and their children from previous marriages, in a brownstone in New York City, no less.  No plan was made for the time when Nim would become to large and powerful for his keepers, largely untrained in handling an animal of this type (no one in the family could sign, either).   Terrace’s initial choice of a foster-mother, Stephanie LaFarge, even seems hostile to the basic idea of the experiment, did not keep log books and did not attempt to teach Nim about which behaviors should be avoided. 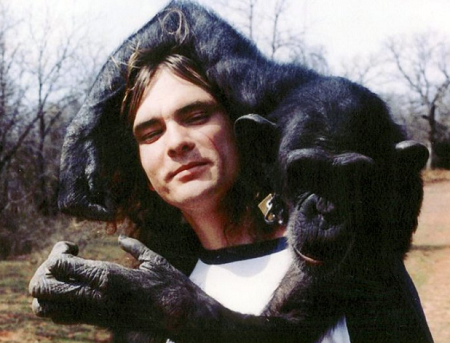 Unsurprisingly, the experiment ended when  Nim became too difficult to control and began attacking the researchers.  Terrace returned Nim to the experimental chimpanzee facility which he came from, despite Nim’s never having any contact with other chimpanzees. That alone could make for a terribly sad story, but Nim’s story doesn’t end there-he’s moved two more times, first to a lab where vaccines are tested, and then to a ranch for abused equine animals. 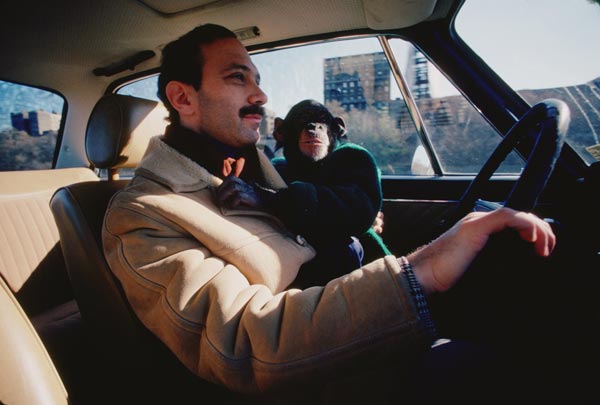 In a mix of interviews, footage shot by the researchers, television clips, and strategic re-enactments, documentary filmmaker James Marsh tells Nim’s story.  It’s to his credit that so many of the people involved talk about their experiences with Nim. Terrace, who comes off as a clueless sociopath, blandly objecting to the idea that his sexual entanglements with the first two “foster mothers” of Nim clouded his judgement or effected the experiment, or that there was anything wrong with his experiment design.  Stephanie, similarly justifies every thing she did while the audience cringes. Project Nim is a difficult film to sit through, but thought-provoking, and as fascinating for the insight into the thoughts and relationships of the people conducting the experiments as it is as a story of Nim himself.